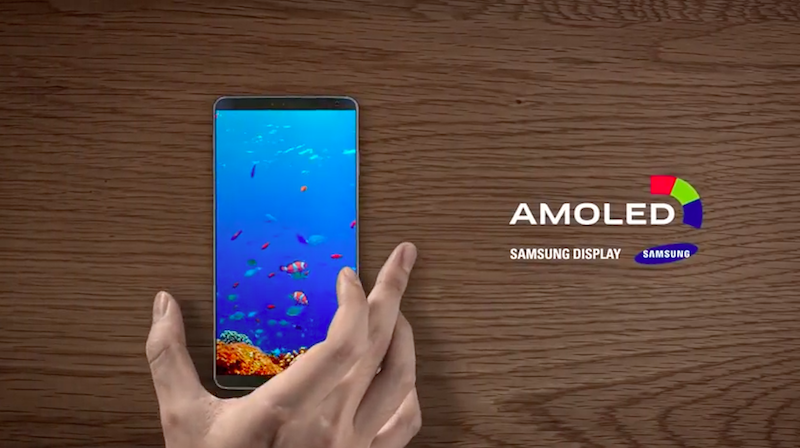 The Internet is indeed full of spoilers. Weeks ahead of the official unveiling of Samsung’s next flagship, likely named Galaxy S8, almost everything from the design right down to the hardware have been speculated online. On Friday, two separate reports emerged – one regarding the size variants and the other regarding 3D renders. Now, Samsung may have just revealed all with two promo videos of brand new displays – likely to be used in the upcoming flagship – posted by the company’s subsidiary Samsung Display.

One of the videos spotted by Slashleaks shows a large AMOLED display being placed on what could be the Galaxy S8. The video has since been taken down. However, the video, if true, confirms two widely speculated details about the upcoming flagship – that the device will sport an AMOLED display and will likely come with very thin top and bottom bezels and no Home Button.

The second video, however, is yet to be taken down and further confirms some of the details that we have come to gather so far. The video and Friday’s renders seem to point strongly towards a near bezel-less design. With a big screen-to-body ratio and lack of any capactitive buttons, we could be looking at a Galaxy S8 with an optical fingerprint sensor that was earlier rumoured.

Furthermore, the video also hints at a flat Galaxy 8 design, which could mean that apart from an Edge design, Samsung may continue to offer a flat design as well. The Korean promo mostly shows off the AMOLED display with sharper colours and lower battery consumption, according to the YouTube description.

Some of the most recent rumours suggest that the Galaxy S8 will in fact feature the 3.5mm headphone jack along with two top and bottom speakers. The flagship will reportedly come in two display sizes – 5.7-inch and 6.2-inch – with the larger being called the Galaxy S8 Plus. Separately, 5-inch and 6-inch models were also tipped.

With no official word from Samsung yet, all rumours and videos must be taken with a pinch of salt. With one of the videos already taken down, the second one may soon disappear as well.