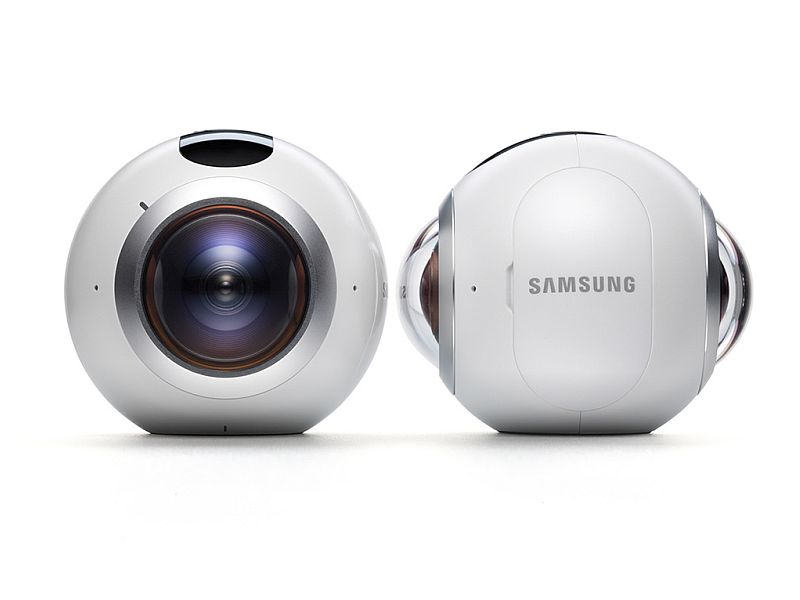 The South Korean company had at MWC revealed that it will make the Gear 360 available starting Q2 2016 in select countries without mentioning the price of the device. Now, a third-party online retailer has listed the Samsung Gear 360 at $349.99 (approximately Rs. 23,000) with a “coming soon” tag. Samsung has so far not revealed which are the countries that will be getting the new Samsung Gear 360 device.

It’s a 360-degree camera which can allow consumers to create, view, and share their videos and still image content. Samsung at MWC stressed that the Gear 360 was designed for travel, festive gatherings, and every activity in between.

The device sports a light and compact, spherical shaped design. The Gear 360 is said to be compatible with a wider selection of accessories and mounts currently available on the market.

The biggest highlight of the Gear 360 is that it can be synced with a Samsung smartphone to preview content being recorded or shot by the device in real time. The Gear 360 automatically shows filmed content for users to view and save on their smartphone or to upload and share directly on social channels including Google Street View. The Gear 360 recorded videos are also compatible with Samsung’s Gear VR, offering users a full 360-degree virtual reality experience.

The Gear 360 is IP53 certified, offering protection from dust and against water sprayed at any angle up to 60 degrees from the vertical.
[“source-ndtv”]