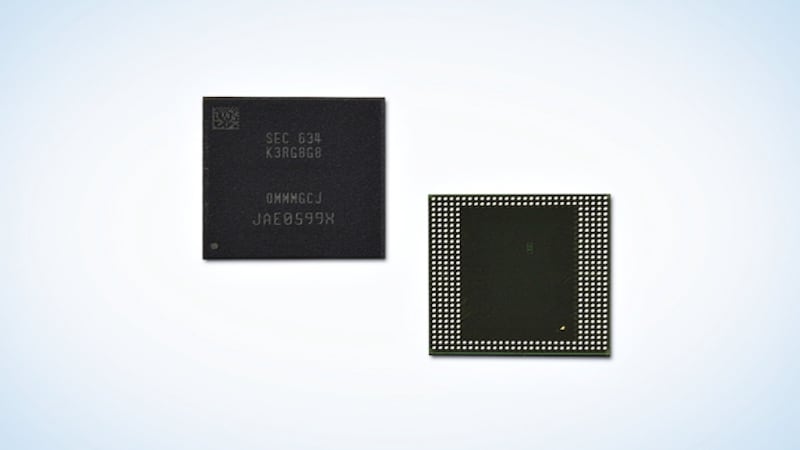 Samsung Electronics on Thursday introduced the industry’s first 8GB LPDDR4 mobile DRAM for Ultra HD and large screen devices and for devices with dual-cameras, 4K Ultra HD recording and VR support, among others. The 8GB mobile DRAM package is based on a 10-nanometer process and utilises four of the newest 16Gb LPDDR4 memory chips.

The 8GB LPDDR4 operates at almost twice the speed of up to 4,266Mbps compared to 2,133Mbps speed of a standard DDR4 DRAM for PCs. The 10nm process technology Samsung’s proprietary low-power circuit design also mean the new 8GB LPDDR4 is more power efficient.

The company says the new 8GB LPDDR4 RAM’s 15x15x1.0mm dimensions satisfies space requirements of most new, ultra slim smartphones. In September 2015, Samsung began mass production of industry’s first 12Gb LPDDR4 mobile DRAM module that paved the way for smartphones and tablets with up to 6GB of RAM. With the new 10-nanometer class 16Gb LPDDR 4 DRAM, Samsung has opened the doors for devices with up to 8GB of RAM.

Samsung is expected to launch its first smartphone with 6GB of RAM, not including this variant of the Note 7, in the form of the Galaxy C9 on October 21. So, it might be a while before we see an 8GB device from the South Korean giant. Nevertheless, the new 8GB LPDDR4 RAM does open possibilities of an 8GB RAM for next-gen flagships, perhaps as soon as 2017.
[“source-ndtv”]