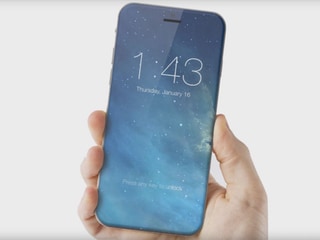 Apple is strongly anticipated to use an OLED panel for at least one model of its iPhone lineup this year, expected to be the top-end model that may be called the iPhone 8 or iPhone X. To this end, the company has been rumoured to use displays from several manufacturers, including Samsung, Japan Display, Sharp, and LG. Now, a new report claims Samsung has a finalised a $4.3-billion (roughly Rs. 28,805 crores) deal to manufacture 60 million OLED panels.

A report by South Korean publication The Investor claims that this is the second major deal for OLED panels between the two companies, with the first said to be for 100 million display panels – something that was reported as far back as April last year.

Combined, Samsung is said to be making 160 million OLED display panels for iPhone models this year – which is 80 percent of Apple’s total iPhone shipments in 2016 when it shipped 200 million units. In light of this massive number, and if the report is true, Apple seems likely to use OLED panels on all iPhone models this year, rather than only on the top-end all-glass model that’s been rumoured thus far.

Apart from an OLED display, several changes are expected to be introduced with the 2017 iPhone models, though it remains unclear which models will get what features. Wireless charging (either a radical implementation of charging at a distance or the conventional inductive charging, narrow bezels, a Home Button integrated into the display, improved 3D Touch, enhanced Touch ID, facial recognition or an iris scanner, as well as a dual rear camera setup. For now, the company is anticipated to launch three models – a 4.7-inch iPhone 7s, a 5-inch iPhone 8 or iPhone X, and a 5.5-inch iPhone 7s Plus.

[“source-ndtv”]
$4.3 Apple Billion-Deal Displays for iPhone Make Oled Report Samsung Signs to With 2017-02-14
srijita
to in With for and of on India The Launched at Samsung Launch A iPhone Android Galaxy More Apple Rs New Be 7 Price Google