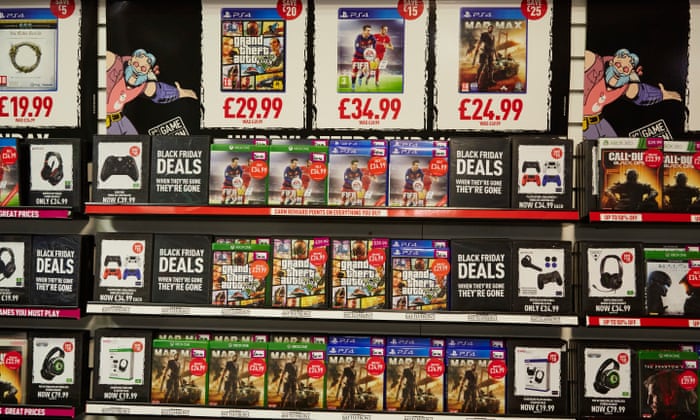 Video games have changed immeasurably since the days of tape loading and cover-mounted floppy discs. Today, we get lifelike 3D virtual worlds where the player can seamlessly connect with companions and opponents from every corner of the globe. An online triple-A title will now offer literally hundreds of hours of fun spread across years of play. Yet, inflation aside, the price we pay at the till remains the same now as it was 25 years ago.

To make this possible, a lot of things have changed about the way the games industry works – but those changes haven’t always been well received. When problems arise, frustrated consumers will often blame “money-grubbing” publishers or “lazy” developers. But is that fair? We asked the industry to explain five of the most controversial aspects of modern games buying – and, crucially, why they happen.

Games today are ruled by two main types of payment system. Premium, in which you pay upfront for the product, and free-to-play, where the base game is free but can be expanded upon with microtransactions. Publishers often face flack, however, when a premium game then goes on to also offer microtransactions – even if they only give access to vanity items like new skins or costumes.

So why do so many full price games now offer mini-payments? The obvious answer is that it works: downloadable content (DLC) is hugely popular. Publisher Take-2, for instance, recently reported that 57% of its total digital sales are accounted for via such recurring revenue, most from Grand Theft Auto Online. Activision Blizzard made over $3.6bn from optional DLC included in titles such as Call of Duty and Overwatch.

THQ Nordic’s marketing director Philipp Brock adds that such practices have also allowed smaller games to flourish. “Look at Rocket League,” he says. “You can see how the DLC enables the developers to keep doing the thing they want to do.” Speaking off the record, one executive at a leading global games publisher pointed out a logical maxim: only the popular payment systems survive.

In short: DLC wouldn’t exist if consumers didn’t spend their money on it. The modern games business has a huge range of customers who all want slightly different things. Some are willing to pay more for more content, so providing they are getting value for money and aren’t gaining an advantage over other players, the system works. It all might sound horribly cynical, but the argument coming from the industry is that without maximising profit for reinvestment there simply wouldn’t be new games.

A season pass is an additional purchase on top of a game’s upfront price that grants access to future content that will be added to a game, be that new multiplayer maps or story levels. If handled correctly, season pass content can be entirely positive. The Witcher 3, for example, offered two wonderful expansions that were developed after the game was released.

What can be less palatable, however, is when season pass content is announced at the same time as the game itself. How is a consumer to differentiate between genuinely new content and content that has instead been cut from the main game in the hope that it can be sold separately? This demands a level of trust from the buyer.

“We plan DLC in advance and start working on it once the main game content is finished, or have other studios working on it in parallel to the lead studio’s development of the main game,” says Anne Blondel, VP of live operations at Ubisoft. “This means we can start to deliver even more content not too long after the release. One reason why we sometimes announce that new content in advance is because we want players to know they’ll have the choice to continue playing in the game world long after the game’s release.”

In short: Offering season passes is a way to assure players that a title will be supported throughout the year, and to ensure there is demand – and therefore funding – for the development of supplementary content like maps and missions. Triple A game development such as movie and music production is about mitigating financial risk. Season passes lock in gamers and keep them playing – and paying.

It’s happened to all of us: you put a new game disc into your PS4 or Xbox One – or download it from the digital store – and a message appears on screen that you need to download an extra update file before you can even start. Sometimes these patches can be almost the size of the original game.

It’s a problem that THQ Nordic, which has internal rules about limiting patch sizes, says it takes very seriously. “Not everybody lives in a metropolitan area, especially in the US where physical sales are still going strong,” he says. “Imagine you have a 30GB game that you are buying and the day one patch is 40GB. That’s really bad PR.”

However Jason Kingsley, the head of UK developer Rebellion, points out that the protracted submission process for console games means day one patches are often inescapable. “We submit the game to the hardware manufacturers probably four months before the actual street date,” he says. “A lot of consumers don’t realise the game they’re playing at Christmas was probably finished in the summer. You’ve got a team of experts sitting around waiting for release. What do you do with them? The simple answer is they keep working on that project because as we test it and as we play it more we might find obscure bugs or little bits that need to be fixed.”

Sometimes a hefty patch may be required because the console infrastructure itself is changing or updating. Halo developer 343 Industries claimed that the 20GB day one patch for Halo: Master Chief collection was due to the “improving and maturing” nature of the Xbox One platform which required significant changes to the multiplayer component.

In short: games are submitted to hardware manufacturers months before release and often bugs, issues and additional content can crop up as development teams continue testing and playing.

Most games publishers encourage players to pre-order forthcoming titles before they are released, often incentivising them by offering extra content, such as custom costumes, items or extra missions. This often provokes the question, why should I pay for a game before I know if it will be any good? Why do people who pre-order get extra content that I don’t? Pre-orders, especially when they come in different flavours depending on the retailer, annoy a lot of consumers. But according to the industry, in the highly competitive video game market, they remain an absolutely vital tool.

“Publishers benefit from pre-orders in a variety of ways,” says Joost van Dreunen, CEO of industry analyst Superdata. “It saves a lot of guesswork when it comes to the physical distribution of titles to retailers and reduces the number of unsold boxes that are sent back. Perhaps most critically, since pre-orders occur during the final stages of development and right as the marketing effort ramps up, it allows a publisher to make a more informed decision to either slow down or speed up in the midst of the most expensive part of a game’s development cycle.”

Curve Digital Publishing Director Simon Byron points out that, like season passes, not all pre-orders are equal. “There are good pre-orders and there are bad pre-orders,” he says. “I think asking people to pay for a game when there’s been no critical consensus about it, in exchange for a discount, is really bad. Personally I prefer a launch discount. That is the most pro-consumer policy.”

Ubisoft in particular has come in for critcism about its tendency to offer a large variety of different pre-orders for each game, with certain content sometimes tied to specific retailers. But Blondel is keen to justify the practise. “Rewarding people who are early and loyal customers isn’t a new concept or one that’s exclusive to the game industry,” she argues. “That said, we’ve heard the concern and are doing our best to simplify the number of pre-order incentives we offer and to ensure that players have other ways to get the included content.”

In short: Pre-orders allow publishers to assess consumer interest in a title, allowing them to make decisions about how many boxes to manufacturer, and whether or not the release date should be changed. As with season passes, it’s as much about assessing demand and mitigating risks as it is about generating income.

There are few things as frustrating as finally booting up a new game only to find that you can’t play it online. A buyer’s annoyance that their £50 purchase isn’t working is entirely understandable. However, what many consumers don’t see is the sheer complexity of ensuring that the global server infrastructure is able to cope with day one demand.

“Let’s say you’ve got a 16-player game,” says Kingsley. “Getting 16 testers together is something you can do. But getting 1,600 testers together to play the game simultaneously is not easy or, quite frankly, commercially viable”.

“You might have 200 people working on a game for roughly two years and then you might have 50 people playing the game for hundreds of hours in the testing process, but that pales into insignificance with the number of people who play at launch. You’re talking about going from thousands of staff hours to millions of consumer hours.”

Our off the record publisher source is somewhat more blunt. “Look at when concert tickets go on sale and a simple financial transaction can crash a website through sheer weight of numbers,” they explain. “Now imagine that same number [of people] trying to log into a game on day one with huge amounts of data flying around.

“As a developer, there is very little you can do when the servers creak or fall over as by that stage it’s too late. You’ve done your load testing, your Betas, you think you’re good to go, then bang, you have hundreds of thousands of angry gamers. You realistically need 24/7 monitoring for problems or security issues (DDoS attacks are common) and a full server team to look after the technical side of things 365 days a year. The servers have to be regularly updated, maintained and all games patches need to be rigorously tested by a QA team. This can really drain profitability.”

In short: Maintaining a global server network (which often includes server farms owned by third-party firms) is hugely complicated and expensive, and stress-testing the network’s ability to cope with player load – even using thousands of bots to simulate player activity – often only gives a partial picture. Without massive investment, it is difficult to prepare for hundreds of thousands of players hitting an online multiplayer service almost simultaneously.

[“Source-theguardian”]
40GB and Biggest Crashes DLC: explained gaming's irritations Patches Server 2017-07-04
Loknath Das
to in With for and of on India The Launched at Samsung Launch A iPhone Android Galaxy More Apple Rs New Be 7 Price Google