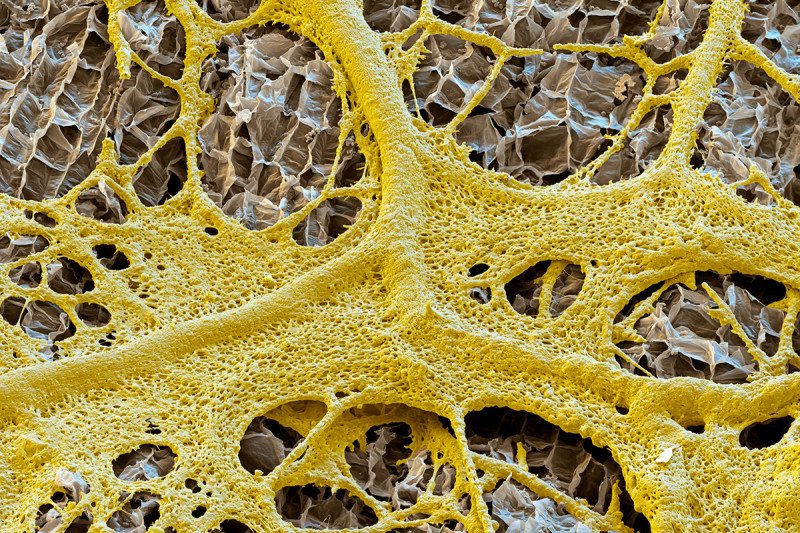 It is probably safe to assume the slime mould Physarum polycephalum doesn’t long for the limelight. It normally spends its life quietly eating microbes surrounded by decaying wood and leaf litter. But this humble single-celled organism has nonetheless found itself centre stage in an unusual musical movement.

Eduardo Miranda thinks we’ve spent too much time building wacky instruments and touchscreen controllers for making music, and not enough thinking about new ways to generate musical ideas. In his bid to shake up composition, he’s turned to everything from DNA sequencers to quantum computers, but such cutting-edge technology is usually difficult to access and use. In P. polycephalum, Miranda thinks he’s found a collaborator that’s every bit as ground-breaking, but asks only to be fed a few oat flakes each day.

More on memristors: Multitasking chips that can match the human mind

That makes them interesting for those trying to create thinking machines that work differently from the ones we’re used to: there’s good reason to think memristors could be used to to make certain sorts of advanced artificial minds. But the mechanism behind the slime mould’s apparent memristance is unknown, and no one is sure how it’s connected to its astonishing abilities to do things like navigate mazes or direct robots.

Neverthetheless, Miranda and his team at the Interdisciplinary Centre for Computer Music Research at Plymouth University, UK, are excited by its potential. The mould’s memristive behaviour means its electrical output is related to the input, but in ways that can be hard to predict and which vary from mould to mould – almost as though individual moulds are each riffing off the original.

“For me as a musician, this is a primitive creative process,” says Miranda. “I’ve spent my whole career trying to simulate this behaviour using computers, and now I have this little thing in a Petri dish which does exactly that.”

Turn the pitch of a sound into electrical impulses, and the slime mould will produce its own enigmatic electrical response, which can be turned back into music. So far, Miranda has performed two pieces in collaboration with mould: 2015’s Biocomputer Music, in which it played a telegraphic duet with his piano playing; and 2016’s Biocomputer Rhythms, in which it provided percussive accompaniment.

As you might expect, these pieces are rather uncanny:  both human and mould performers are improvising, while the audience has to work to find their musicality for themselves. Miranda says the key to keeping the music stimulating, rather than alienating, is to find precisely the right level of unpredictability in the output. This year, he and his doctoral student Ed Braund have grown moulds within standardised 3D-printed receptacles; an array of four such “bioprocessors” can respond to all the key parameters of each music: the pitch, duration, loudness of each note, and the time between notes. Miranda would like to be able to “tune” the predictability of the output at will; that might be more feasible if the mechanism behind moulds’ memristance can be identified and replicated in a controlled manner using the tools of synthetic biology.

All this might be great news for fans of avant-garde music, but do Miranda’s mouldy musical memristors hold any clues about the future of computing for everyone else? He says there is “something magical” about playing with a living organism whose behaviour is perhaps more compatible with our own than conventional computers: “There is an edge that silicon-based memristors will miss”. Biocomputing – perhaps using large networks of bioprocessors – won’t replace what conventional computers do, he suggests, but give rise to new kinds of applications that aren’t currently imaginable and new ways of interacting with computers, perhaps closer to negotiation than issuing instructions. If it catches on, we may all have to learn how to improvise.