Last night, Google unleashed its first stable release of Android 11 for pixel smartphones. While other manufacturers like OnePlus and Realme are still pushing out Android 11 beta for their users. However, Oppo is working in progress to unveil the Color OS 11 based on Android 11 on September 14. Google is expecting to collaborate with more branded partners to ... END_OF_DOCUMENT_TOKEN_TO_BE_REPLACED

This week 14 Indian startups raised funding, of which 7 received a total sum of about $65 million. Among them, SirionLabs raised the highest funding of about $44 million followed by Shiprocket which raised $13 million. Meanwhile, funding for 7 of the total funded startups remained undisclosed. Below is the summary of deals closed this week SirionLabs: Enterprise-focused software-as-a-service provider, ... END_OF_DOCUMENT_TOKEN_TO_BE_REPLACED

Google agreed to pay $11 million to end a lawsuit accusing the internet giant of discriminating against older job applicants, a deal that amounts to an average payout of more than $35,000 for 227 people who joined the class action. The settlement also calls for the Alphabet Inc. unit to train employees and managers about age bias, to create a committee ... END_OF_DOCUMENT_TOKEN_TO_BE_REPLACED

BuzzFeed is cutting 11 jobs in Australia as part of its global strategy. Photograph: no credit The Australian arm of BuzzFeed will have to cut 11 staff as a global downsizing strategy targets 200 of the digital publisher’s international workforce. BuzzFeedOz news reporter Alice Workman said she and every member of the news team received a letter about redundancies on Tuesday morning which indicated ... END_OF_DOCUMENT_TOKEN_TO_BE_REPLACED 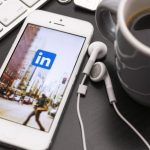 Through the years, LinkedIn continues to grow as a platform to generate quality leads for businesses. In fact, 80% of B2B leads come from LinkedIn, and fully 79% of B2B marketers say that Linkedin has been an effective avenue for lead generation. Whatever your business goals are, whether to have wider visibility, to increase product sales, to improve customer service or to grow brand awareness, there is so ... END_OF_DOCUMENT_TOKEN_TO_BE_REPLACED Bigg Boss 11: Hina Khan in the show. (Image courtesy: mishuu09 ) NEW DELHI:  HIGHLIGHTS Shilpa, Hina, Vikas, Puneesh get nostalgic The contestants will see their Bigg Boss journey Finalist’s name would be announced tomorrow The stage is all set, the trophy is placed and our favourite host Salman Khan is ready to meet the gharwale in the semi-finale of Bigg Boss 11. In today’s ... END_OF_DOCUMENT_TOKEN_TO_BE_REPLACED

This article is part of Inc42’s Startup Watchlist annual series where we list the top startups to watch for 2018 from industries like AI, IoT, Blockchain etc. Explore all the stories from ‘Startup Watchlist’ series here. Once used as a tool for an application, Internet of Things (IoT) has become one of the widest ecosystems today. Currently at the centre stage ... END_OF_DOCUMENT_TOKEN_TO_BE_REPLACED

The list of new features introduced with iOS 11 keeps on getting longer as we discover more about the operating system with its developer preview. With the new iteration, Apple has added new accessibility controls to make its mobile platform even more convenient for users with disabilities. Further, the Cupertino-based company has introduced support for new HEIF and HEVC camera ... END_OF_DOCUMENT_TOKEN_TO_BE_REPLACED 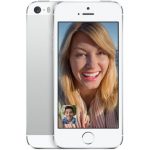 Apple’s iOS 10 roll out was grand, with big changes to Messages, Siri, Photos, Maps, and the Music app. With 2017 marking the tenth-year anniversary of the iPhone, we can expect the software update alongside to be a big one as well. In a new leak, iOS 11 is expected to bring group FaceTime calling – a much wanted feature ... END_OF_DOCUMENT_TOKEN_TO_BE_REPLACED

HTC 11 Rumoured to Be Next Flagship; HTC X10 Tipped to Launch in January

December 23, 2016 Comments Off on HTC 11 Rumoured to Be Next Flagship; HTC X10 Tipped to Launch in January 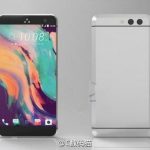 HTC is in works to unveil a new mid-range smartphone in January next year, which is said to replace the HTC One X9. Bearing the HTC X10 name, HTC’s new device will ape a lot of specifications from its predecessor One X9. A report suggests that the HTC X10 will purportedly cost around CNY 2,000 (nearly $288) and will initially ... END_OF_DOCUMENT_TOKEN_TO_BE_REPLACED