Mike Hawksby, right, who owns ROK Health & Fitness with Robert D’Urso, discovered neurotherapy after he sustained a head injury in a car crash. He is hoping to bring the practice into his gym in the near future. MIKE SMOLLINS/HERALD While driving to work in August 2017, ROK Health & Fitness owner Mike Hawksby was losing consciousness behind the wheel. ... END_OF_DOCUMENT_TOKEN_TO_BE_REPLACED

Here’s another reason to eat fruits, vegetables, whole grains and legumes, as according to scientists, a plant-based diet may help to reduce the risk of a deadly heart failure. According to the study, people who eat more fruits and vegetables are 42% less likely to develop the condition than those who consumed fewer plant-based foods. Another team of researchers also ... END_OF_DOCUMENT_TOKEN_TO_BE_REPLACED 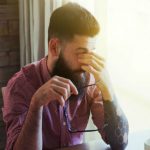 Migraine is a headache which is a result of specific changes within the brain. Migraine can cause severe head pain that is often accompanied by sensitivity by light, noise or any kind of smell. However, not all kinds of headaches can be described as Migraine headaches. Migraine headaches are often accompanied with nausea and light sensitivity. Other sensory warnings may include ... END_OF_DOCUMENT_TOKEN_TO_BE_REPLACED 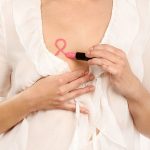 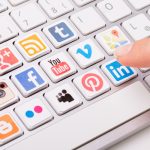 The rise of Artificial Intelligence (AI) and Machine Learning (ML) has already started to impact the jobs market. How do these changes matter to us, and specifically how do they impact entrepreneurs?  Twenty years ago, there was no Google. The founder of the world’s largest social media network Mark Zuckerberg was a 13-year-old teenager, probably trying to find his bearings between ... END_OF_DOCUMENT_TOKEN_TO_BE_REPLACED 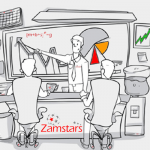 Zamstars,  a startup which provides marketing, branding and sales solutions to various brands across various industry verticals namely real estate, chatbots- Artificial Intelligence, education sector, accreditation management etc has been profitable since day 1. To help you start, run & expand and find out how they did it, we share the story of Zamstars: Success Mantra Our Mantra to success ... END_OF_DOCUMENT_TOKEN_TO_BE_REPLACED

Asthma is a chronic ailment in which your body tends to produce more mucus that obstructs the nasal passage and airways and thus, making it difficult to breathe. Although there is no absolute cure for asthma, certain lifestyle changes and habits can help in managing it and keeping it under control. ... END_OF_DOCUMENT_TOKEN_TO_BE_REPLACED 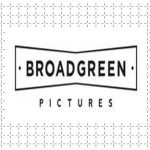 Broad Green Pictures has bolstered its marketing and legal departments with the hire four executives. Courtney Harris as SVP Digital Marketing and Anne Collins as VP Field Publicity and Promotions. Shyla Brown and Cole Loveall both join the movie studio as directors of legal and business affairs. Harris previously worked at Open Road for five years, most recently as VP ... END_OF_DOCUMENT_TOKEN_TO_BE_REPLACED

Work & Play Along The Fox River 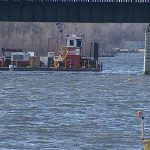 DE PERE, WI (WTAQ-WLUK) – The spring time warm up mean busy times along the Fox River. The billion dollar PCB cleanup project is once again underway for the season. And so is the annual walleye spawning run. Steven Sowinski tells WLUK he came up for a day of fishing with his brother. “Chasing the walleye. It’s a slow day. ... END_OF_DOCUMENT_TOKEN_TO_BE_REPLACED