Le Pro 3 Launched in the US: Price, Specifications, and More

October 22, 2016 Comments Off on Le Pro 3 Launched in the US: Price, Specifications, and More 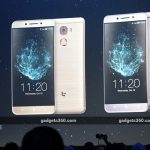 LeEco’s Le Pro 3 and Le S3 smartphones were front and centre as LeEco on Wednesday announced its entry into the lucrative US market. At an event in San Francisco, the backyard of Google and Apple, the Chinese company unveiled the new product line-up, which also includes the LeEc uMax85 4K  television, a week after it accidentally let slip some of its upcoming products. The ... END_OF_DOCUMENT_TOKEN_TO_BE_REPLACED 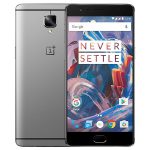 OnePlus may soon halt production of its OnePlus 3 smartphone to make way for a new variant, as per industry sources, and it may be called the OnePlus 3s or OnePlus 3 Plus. The Chinese company is said to be working on a refreshed version of the OnePlus 3 which will come with the upgraded Snapdragon 821 processor. The ... END_OF_DOCUMENT_TOKEN_TO_BE_REPLACED 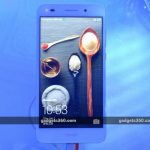 At the Honor 8 (Review) launch event, Huawei also launched the budget Honor Holly 3 smartphone in India. The smartphone comes with an 8-megapixel camera for selfies, and sports an octa-core processor as well. The Honor Holly 3 will be available for purchase at Rs. 9,999 in the country. At the event, the company announced that the Honor Holly 3 is ... END_OF_DOCUMENT_TOKEN_TO_BE_REPLACED 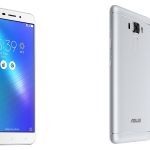 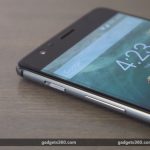 It’s been over three months since the launch of the OnePlus 3 and users of OnePlus’ latest flagship device have been waiting eagerly for the latest Android 7.0 Nougat update. OnePlus recently told its fans during a Reddit AMA that it is “actively working” on bringing the latest Android update to its current flagship. CEO Pete Lau has now posted ... END_OF_DOCUMENT_TOKEN_TO_BE_REPLACED

Taiwan’s MediaTek to Triple India Workforce to 1,500 Within 3 Years

October 10, 2016 Comments Off on Taiwan’s MediaTek to Triple India Workforce to 1,500 Within 3 Years 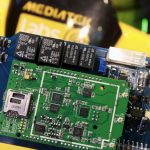 Leading Taiwanese chip designer MediaTek Inc, said on Thursday it will triple its workforce in India within three years to 1,500 from more than 500 as it expands research and software development as well as customer service operations. The projection compared with MediaTek’s current staff of around 12,000 worldwide, and came as chairman M.K. Tsai said the company will host ... END_OF_DOCUMENT_TOKEN_TO_BE_REPLACED 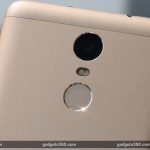 The October festive sales in the country have proven to be phenomenally successful for Xiaomi. The company’s Indian arm has reported that it has sold more than 500,000 smartphones in less than three days between October 1 and 3, which it claims is an industry first and milestone for the Chinese smartphone maker. The company sold Xiaomi and Redmi devices ... END_OF_DOCUMENT_TOKEN_TO_BE_REPLACED 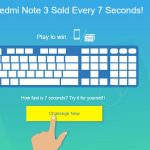 Xiaomi’s Redmi Note 3 has achieved yet another milestone as the company claims that the smartphone has become the bestselling online phone in India. According to a tweet by the company, 2.3 million units of the smartphone have been sold to date. To recall, the Redmi Note 3 was launched back in March in India. The Chinese company claims ... END_OF_DOCUMENT_TOKEN_TO_BE_REPLACED 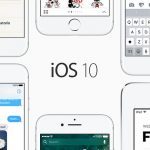 Security research company last week announced it had discovered a flaw in Apple’s local password protected iTunes backups in iOS 10 that reportedly weakened password security. Apple has now acknowledged the flaw and has confirmed that it is working on a fix. An Apple spokesperson in a statement to Forbes said, “We’re aware of an issue that affects the ... END_OF_DOCUMENT_TOKEN_TO_BE_REPLACED 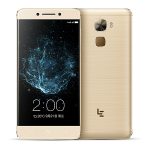