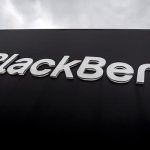 Troubled smartphone maker BlackBerry said it would raise about $605 million (roughly Rs. 4,062 crores) by selling convertible debentures to shareholder Fairfax Financial Holdings and other investors. The Canadian company will also redeem on September 2 roughly $1.25 billion (roughly Rs. 8,393 crores) worth of outstanding debentures carrying a coupon of 6 percent, it said on Friday. The new debt ... END_OF_DOCUMENT_TOKEN_TO_BE_REPLACED