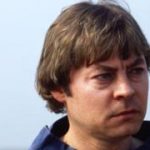 Bennett began his film and television career in the 1960s Actor Hywel Bennett, known for his roles in Shelley and EastEnders, has died aged 73, his agent has confirmed. The Carmathenshire-born actor’s roles included 1960s films The Family Way, with Hayley and John Mills, and The Virgin Soldiers, with Lynn Redgrave. But it was in the long-running sitcom Shelley that ... END_OF_DOCUMENT_TOKEN_TO_BE_REPLACED