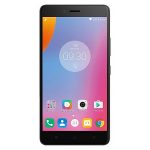 February 3, 2016 Comments Off on Opera for Desktops Gets Easy Tab Muting, Improved Customisation, and More

After launching Opera Mini v14.0.2 for Android last month, Opera Software has now released version 35 of its desktop browser application for Windows, Linux, and OS X. The updated browser includes new features, the highlight of which is the easy muting of a single or multiple tabs. Opera desktop browser v35 now lets users not only mute a single tab ... END_OF_DOCUMENT_TOKEN_TO_BE_REPLACED

February 1, 2016 Comments Off on SwiftKey for Android Update Brings New Emojis and More

SwiftKey Keyboard for Android has started receiving an update that adds support for the 184 new and updated emoji introduced with Android 6.0.1 Marshmallow, apart from bringing other improvements. The app is now available to download or update via Google Play. The SwiftKey team in a blog post said, “They’ve been available on the beta for a bit now, but ... END_OF_DOCUMENT_TOKEN_TO_BE_REPLACED

India Funding Roundup: A Matchmaking Startup, a Marketplace for Used Vehicles, and More

February 1, 2016 Comments Off on India Funding Roundup: A Matchmaking Startup, a Marketplace for Used Vehicles, and More

It was a massive week in terms of funding activity for the Indian startup ecosystem, with many startups securing seed funding rounds. Apart from food delivery, education and healthcare startups, crowdfunding and hybrid vehicle technology startups saw funding rounds come their way. JustDoc ​Healthtech startup JustDoc has secured an undisclosed sum in seed funding from TracxnLabs, as well as angels ... END_OF_DOCUMENT_TOKEN_TO_BE_REPLACED

Google has rolled out an update to its Calendar app with new features alongside the addition of more country-specific holidays, and support for new languages. Available for both Android and iOS, the highlight of the update however is the new Smart Suggestions feature. Using Smart Suggestions, Android and iOS users can easily create new events inside the Calendar app. The ... END_OF_DOCUMENT_TOKEN_TO_BE_REPLACED

BlackBerry on Thursday launched the Priv in India, its first Android smartphone. Priced at Rs. 62,990, the BlackBerry Priv will be available via Amazon India and offline retail stores from Saturday. (Also see: BlackBerry Priv Full Specifications) To recall, after going up for pre-orders in October, the BlackBerry Priv went on sale in the US and Canada in November last ... END_OF_DOCUMENT_TOKEN_TO_BE_REPLACED

January 29, 2016 Comments Off on Honor 5X, Honor Holly 2 Plus Launched in India: Price, Specifications, and More

Other than a Series A level investment in a mobile bitcoin startup, the first week of the year seems to have produced a lot of seed and angel level investments, for app-based startups engaged in child care, TV guides, ride-sharing, and medical tourism. MyCity4Kids Gurgaon-based MyCity4Kids, a content-focused website that serves a content and listings platform for parents has reportedly ... END_OF_DOCUMENT_TOKEN_TO_BE_REPLACED