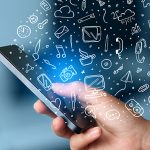 Mobile is the preferred first-screen of the present day customers.  But is your brand positioned to leverage mobile marketing to build longer, more valuable relationships with users in 2019? The Localytics data team has released its annual App Marketing Guide, revealing the four biggest mobile app marketing insights from 2018, which should help brands plan mobile marketing strategies this year. ... END_OF_DOCUMENT_TOKEN_TO_BE_REPLACED

Japan’s Line said on Friday it will launch a cryptocurrency in September, as the company tries to build up a wide range of businesses using its popular messaging app as a platform. The company said the digital coin Link will be given as rewards to users of its services and could be traded with other cryptocurrencies at its crypto exchange, Bitbox. The coin is ... END_OF_DOCUMENT_TOKEN_TO_BE_REPLACED

Facebook-owned messaging service WhatsApp is reportedly working with Microsoft to deliver a proper desktop app. WhatsApp is one of the few developers that consistently delivered updates to its Windows Phone app, but a report by Windows Central suggests WhatsApp is actually getting ready to deliver a proper desktop app as well, The Next Web reported on Friday. Concept art for a Universal Windows Platform (UWP) version of WhatsApp showed up on Behance ... END_OF_DOCUMENT_TOKEN_TO_BE_REPLACED

HIGHLIGHTS Telegram, Telegram X were removed citing “inappropriate content” CEO said that Telegram was working to put “protections in place” The apps were back within a few hours of removal After a brief disappearing act, popular messaging apps Telegram and Telegram X are now back on the Apple App Store. Both apps had been removed from the App Store on Thursday following the presence of inappropriate content, ... END_OF_DOCUMENT_TOKEN_TO_BE_REPLACED 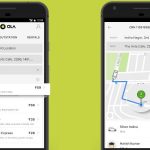 HIGHLIGHTS Ola Lite works on the lowest Internet connectivity It consumes less than 1MB space and loads within 3 seconds No compromise on booking experience, says Ola Cab-hailing app Ola on Thursday said it has launched a ‘Lite’ version of its app that works on the lowest Internet connectivity and will target consumers in tier II and III cities of the country. ... END_OF_DOCUMENT_TOKEN_TO_BE_REPLACED

He already has millions of Twitter followers and has spoken of the wonders of new technology. Now the Dalai Lama has launched a new iPhone app so devotees can keep track of his travels and teachings. The 82-year-old Buddhist monk announced the new app, which will allow users to watch live video of his teachings, to his 16.6 million Twitter followers on Thursday. It promises official news, ... END_OF_DOCUMENT_TOKEN_TO_BE_REPLACED 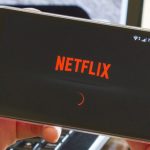 Imagine a product designed to keep people motivated while working out by giving them incentives to continue. A system called Cycflix does this in a really unique way. It offers motivation and a reward system and includes something people really value — getting their daily dose of Netflix. Ronan Byrne is the creator of Cycflix, which is currently available on Instructables. ... END_OF_DOCUMENT_TOKEN_TO_BE_REPLACED 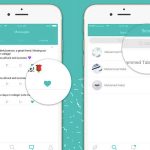 HIGHLIGHTS Sarahah is an anonymous messaging app You can send messages even without logging in There are concerns of cyberbullying in this anonymous setting The Sarahah app has taken hold in the social media sphere over the past week, joining trends such as Prisma app that rose quickly in public consciousness. Whether it will remain a hit or fade away in a ... END_OF_DOCUMENT_TOKEN_TO_BE_REPLACED

E-learning is a vibrant industry today. The biggest names from Silicon Valley are backing companies in the space. But back in 2010 when Roby John started TapToLearn.com, it wasn’t such a big deal. TapToLearn began as a sub-brand under June Software, a bootstrapped startup in Pune that developed iOS apps. By John’s own admission, TapToLearn happened simply because Steve Jobs launched the ... END_OF_DOCUMENT_TOKEN_TO_BE_REPLACED 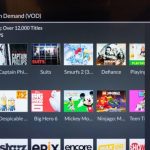 Recently, Dish Network launched Dish Music, a mobile app which allows customers to sync music throughout their home via a central control. This app uses DTS Play-Fi technology to allow customers to stream music from various services such as Spotify, Pandora and Tidal via their Dish devices, at no additional cost. Through this initiative, the company is looking to provide multi-room streaming set ... END_OF_DOCUMENT_TOKEN_TO_BE_REPLACED