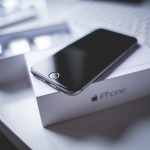 Apple is facing heat from furious customers over bricked iPhone models. For more than a year, the Cupertino-based company has been disabling iPhone models upon detecting an unauthorised or third-party service on the smartphone, specifically related to Touch ID or Apple Pay components. The company says it does so only to ensure that a user’s security isn’t compromised. But the ... END_OF_DOCUMENT_TOKEN_TO_BE_REPLACED

Apple has been granted a new patent, which suggests company’s future plans for its iconic circular home button on the iPhone and iPad. The patent, published by the US Patent and Trademark Office (USPTO) last week, gives an insight how Apple might use the home button as a trackpad on future iOS devices. The patent titled “Force-Sensitive Fingerprint Sensing Input” ... END_OF_DOCUMENT_TOKEN_TO_BE_REPLACED

Apple has confirmed that it intentionally bricks (or disables) iPhone handsets that have been repaired by third-party repairmen. Addressing the ever mounting complaints from users, the Cupertino-based company insists that it does so only to better protect user privacy and payment security. Offering further explanation to why it thinks an iPhone should be completely disabled, Apple said that disabling the ... END_OF_DOCUMENT_TOKEN_TO_BE_REPLACED

February 11, 2016 Comments Off on Apple Asks Top US Court to Reject Samsung Appeal

Apple has asked the US Supreme Court to dismiss Samsung’s appeal in the blockbuster patent case between the two smartphone giants, saying the ruling followed “well-established” legal precedent. A filing Thursday from the California giant came in response to Samsung’s appeal seeking to overturn a $548 million (roughly Rs. 3,720 crores) award for patent infringement related to copying features from ... END_OF_DOCUMENT_TOKEN_TO_BE_REPLACED

February 11, 2016 Comments Off on iPhone Error 53: Apple Is ‘Bricking’ Units Repaired by Third-Parties

If you have got your iPhone repaired from an unauthorised shop, you might want to think twice before updating your device to the next iOS update. The Cupertino-based company is seemingly intentionally bricking the devices, showing ‘Error 53’, that have been repaired by anyone else than an Apple representative. Called ‘Error 53’, the issue affects the handsets that have gotten ... END_OF_DOCUMENT_TOKEN_TO_BE_REPLACED

February 11, 2016 Comments Off on Apple to Soon Accept Broken iPhones in Its Trade-In Program: Report

Apple may soon allow you to trade-in your damaged iPhone for a store gift card. According to a report, the company has updated its iPhone trade-in program to accept old iPhone models – the iPhone 5s, iPhone 6, and iPhone 6 Plus – with damaged screen, home button, and camera sensors. In the meanwhile, Apple has tied up with at ... END_OF_DOCUMENT_TOKEN_TO_BE_REPLACED

Apple is getting serious about India. The iPhone maker sees the country as one of the most important growth areas, Tim Cook, company’s chief executive was cited as saying. Cook also confirmed that Apple is in early stages to bring its official retail stores in India. As Apple worries of slowing growth in its main markets, the Cupertino-based giant is ... END_OF_DOCUMENT_TOKEN_TO_BE_REPLACED

If you were disappointed with the absence of BitTorrent apps on iOS device or Apple TV, things are finally starting to turn in your favour. OnAir Live Developers has released OTT News for Apple’s digital media device as well as iOS that utilises BitTorrent’s signature peer-to-peer technology. This is the first app on Apple TV and iOS to use the ... END_OF_DOCUMENT_TOKEN_TO_BE_REPLACED