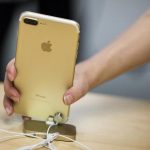 Apple Inc. will begin assembling iPhones in India by the end of April, a Karnataka minister says, heightening its focus on the world’s fastest-growing major smartphone market as growth slows elsewhere. The US company has tapped Taiwan’s Wistron Corp. to put together its phones in the tech capital of Bengaluru, said Priyank Kharge, the state’s information technology minister. Apple executives ... END_OF_DOCUMENT_TOKEN_TO_BE_REPLACED 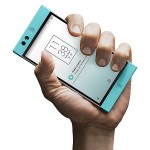 Nextbit last year started shipping its cloud-based Robin smartphone, with an option to ship to India, and now the company will finally be launching the handset in the country by the end of this month. The US-based company however has not yet mentioned the exact launch date for the smartphone in India. The Nextbit Robin was launched in the US ... END_OF_DOCUMENT_TOKEN_TO_BE_REPLACED