March 10, 2016 Comments Off on Some Asus ZenFone 2 Users Complain About Bug That Consumes Inbuilt Storage 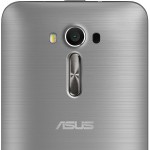 Asus Details Which Smartphones Will Get Android 6.0 Marshmallow Update

March 1, 2016 Comments Off on Asus Details Which Smartphones Will Get Android 6.0 Marshmallow Update 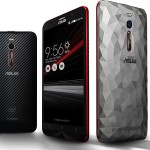 Fret not, Asus hasn’t forgotten about the software version on your smartphone. The Taiwanese smartphone manufacturer promises that it will release Android 6.0 Marshmallow to a range of smartphones in its lineup starting April. Amid concerns from users, Asus said that it will be rolling out the latest and greatest version of Google’s mobile operating system to a range of ... END_OF_DOCUMENT_TOKEN_TO_BE_REPLACED

Innovation tends to reach a saturation point after a while, which bogs down pretty much ever facet of technology. What do you do when those eureka moments start drying up and you find yourself looking for something new to wow your audience with? Putting a fresh spin on old technology seems like one way to go about it. Smartphone cameras ... END_OF_DOCUMENT_TOKEN_TO_BE_REPLACED