How far one can go with creative advertising when getting ‘hurt’ becomes a new normal? The recent ad campaign by Surf Excel on Holi celebrations saw a huge backlash after Twitteritis went all out criticising the ‘misleading’ ad causing ‘hurt’. The ad later disappeared silently. Creating successful advertising campaigns under the regulatory framework was already difficult with brand ambassadors even facing prosecution ... END_OF_DOCUMENT_TOKEN_TO_BE_REPLACED

Chandan Taparia Nifty index had a volatile Budget day but overall witnessed strong recovery of 400 points from recent swing low of 10,583 to 10,983 zones in last four sessions. It corrected from higher zones in the last week but again managed to attempt the same key hurdle area. It formed a Bullish candle on weekly while a High Wave ... END_OF_DOCUMENT_TOKEN_TO_BE_REPLACED 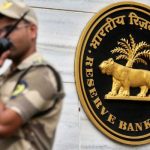 Tensions between the RBI and the Modi government have increased dramatically. New Delhi: Central banks are usually pretty boring places, home to technocrats who keep watch on inflation and exchange rates and pride themselves on avoiding public controversy. So it came as a shock when the deputy governor of India’s central bank gave a speech in October warning that the institution’s ... END_OF_DOCUMENT_TOKEN_TO_BE_REPLACED 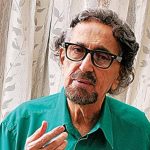 Alyque Padamsee, who was known for his role as Muhammad Ali Jinnah in the film Gandhi, died today at the age of 90. Padamsee was widely regarded as the Father of modern Indian advertising, as he founded Lintas, which is considered one of the top advertising agencies in the country. He was the man who gave us iconic ads like ... END_OF_DOCUMENT_TOKEN_TO_BE_REPLACED 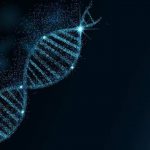 As the cost of genome sequencing decreases, researchers and clinicians are debating whether all newborns should be sequenced at birth, facilitating a lifetime of personalised medical care. Researchers at The Hastings Center stated that health professionals should recommend parents to use direct-to-consumer genetic sequencing to diagnose or screen their newborns. “Genomics is a powerful tool, but the results it returns ... END_OF_DOCUMENT_TOKEN_TO_BE_REPLACED 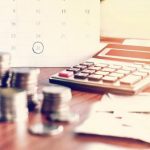 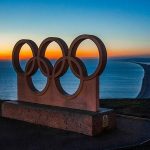 The Olympic movement may be dedicated to celebrating world-class athleticism but some say its growth can be helped by something that requires hardly any movement at all: gaming. At a first-of-its-kind summit in Lausanne on Saturday, e-sports leaders will meet International Olympic Committee executives to explore how the enormous popularity of gaming can draw more young fans towards the Games. “The goal ... END_OF_DOCUMENT_TOKEN_TO_BE_REPLACED 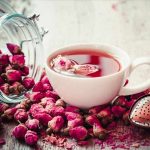 Rose is a flower that has wide-ranging uses in cooking as well. From using it to decorate sweets to making gulkand and rose sherbet out of the dried petals, Indians have been using rose flowers in foods and drinks since ages. Rose also finds a lot of use in cosmetics and organic creams and ointments. It has a host of health benefits ... END_OF_DOCUMENT_TOKEN_TO_BE_REPLACED