ZTE at the Mobile World Congress in Barcelona unveiled two new smartphones, as well as a . The company expanded its youth-centric Blade series with the launch of the new Blade V7 and Blade V7 Lite. We got to spend some time with the new ZTE smartphones on the floors of the MWC 2016 trade show, and you can check ... END_OF_DOCUMENT_TOKEN_TO_BE_REPLACED 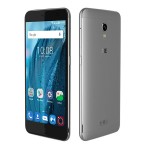 ZTE, as promised, has unveiled its new Blade V7 and Blade V7 Lite smartphones at the MWC 2016 in Barcelona. The company also announced its new Android-based Spro Plus ‘smart projector’ alongside the smartphone. The new ZTE Blade V7 smartphone will go on sale in Germany, Mexico, South Africa, and Spain among other markets in the summer. The company has ... END_OF_DOCUMENT_TOKEN_TO_BE_REPLACED