June 26, 2017 Comments Off on What New York to Shanghai Flight Can Teach You About Commercial Viability 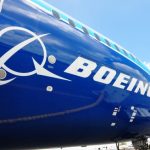 Boeing CEO Dennis Muilenburg believes a commercial two-hour flight from New York to Shanghai will be available within the next decade or two. New York to Shanghai in Two Hours? “I think in the next decade or two you’re going to see them become a reality,” Muilenburg told CNBC. The super fast flight, which would travel at roughly 3,800 miles ... END_OF_DOCUMENT_TOKEN_TO_BE_REPLACED

Tiger Shroff and Kriti Sanon to work in a commercial

September 19, 2016 Comments Off on Tiger Shroff and Kriti Sanon to work in a commercial 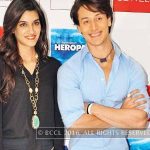 Kriti Sanon and Tiger Shroff (BCCL) Tiger Shroff and Kriti Sanon will be seen again together but this time for a commercial which is being directed by Anand L Rai. Tiger has his hands full these days with a lot of new projects coming his way. A source close to the actor was quoted as saying this is going ... END_OF_DOCUMENT_TOKEN_TO_BE_REPLACED