February 6, 2019 Comments Off on How Does Advertising Affect Culture? 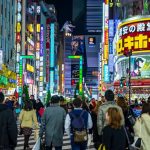 In Amusing Ourselves to Death (1985), Neil Postman examines how television has informed public discourse, labelling the medium of television as Americans’ “vast descent into triviality.” It is no surprise that the 1980s gave birth to the popular Canadian board game, Trivial Pursuit, where “intelligence” was measured on the ability to correctly answer questions pertaining to six different categories of general knowledge, much of which ... END_OF_DOCUMENT_TOKEN_TO_BE_REPLACED

Indian TV shows have been banned in Pakistan. Pakistan’s Chief Justice Saqib Nisar on Wednesday said that the country’s Supreme Court will not allow Indian content to be shown on Pakistani TV channels as it “damages our culture”. Nisar’s remarks came as a three-member apex court bench heard an appeal filed by the Pakistan Electronic Media Regulatory Authority (Pemra) against ... END_OF_DOCUMENT_TOKEN_TO_BE_REPLACED