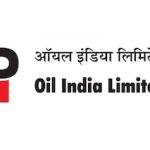 Giving a clarification about the recent cyber-attack on the company’s IT systems, Oil India said that a malware threat was noticed by the company’s officials and reported, but it did not have any effect on its operations. The state-owned company had suffered a major cyber-attack in its field headquarters in eastern Assam’s Duliajan, with the hacker demanding $75,00,000, IANS reported ... END_OF_DOCUMENT_TOKEN_TO_BE_REPLACED

July 20, 2017 Comments Off on Qatar sheds light on cyberattack on official media 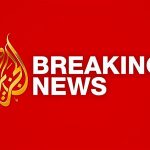 Qatar’s Ministry of Interior says experts now have evidence of the source of the cyberattack on the country’s official media which occurred in late May. In a press conference in Doha on Thursday, officials said the hacking of Qatar News Agency accounts took place in coordination with, and through, one of the blockading states. “The hackers had total control of ... END_OF_DOCUMENT_TOKEN_TO_BE_REPLACED