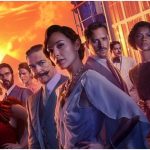 After several delays, Kenneth Branagh’s Death on the Nile finally seems to be on the verge of release. A new trailer and poster for the Agatha Christie adaptation was unveiled by 20th Century Studios ahead of its planned February debut. Actor Ali Fazal was a step ahead of headlines that he anticipated for his quick appearance, and wrote a tweet ... END_OF_DOCUMENT_TOKEN_TO_BE_REPLACED

People who are young and healthy may still be vulnerable to the risk of premature death from cardiovascular disease if they have higher levels of bad cholesterol, according to a new research. Bad cholesterol, or LDL, contributes to clogged arteries which increases the risk of heart attack and stroke. The findings showed that compared with participants who had LDL readings of under 100 mg/dL, ... END_OF_DOCUMENT_TOKEN_TO_BE_REPLACED

December 11, 2017 Comments Off on Brutal legacy: In death as in life, Ali Abdullah Saleh left Yemen a worse place 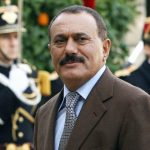 Ali Abdullah Saleh, the former president of Yemen who was killed in fighting in early December in the capital Sana’a, was a linchpin in the complex twists and turns of the coups, revolutions and nation-building of the country’s recent history. Saleh’s violent ending – likely at the hands ofthe Houthi rebels he once fought, then fought with, and then betrayed – reverberates loudly ... END_OF_DOCUMENT_TOKEN_TO_BE_REPLACED 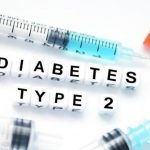 A team of researchers has found that the common approach of intensive glucose control to achieve low blood sugar targets in type 2 diabetes can increase the risk of mortality. Looking at routine data from over 3,00,000 people in the UK, collected between 2004 and 2015, researchers found that lower levels of glycated haemoglobin — typically regarded as being good ... END_OF_DOCUMENT_TOKEN_TO_BE_REPLACED

The Death Of The Advertising Specialist

October 23, 2017 Comments Off on The Death Of The Advertising Specialist 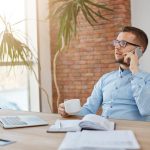 Shutterstock A friend of mine was referred to a series of medical specialists recently and each doctor focused on their own very specific area of expertise. While they were able to rule out the cause within their narrow field, ultimately, none of them could really figure how to solve the real problem. Many marketing directors now face a similar challenge. ... END_OF_DOCUMENT_TOKEN_TO_BE_REPLACED 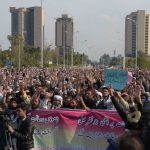 Pakistani religious students and activists gathered for a protest in Islamabad in March, as they demanded the removal of all blasphemous content from social media sites in the country. Aamir Qureshi /AFP/Getty Images In Pakistan, a court in Punjab province has sentenced a 30-year-old man to death over posting allegedly blasphemous content on social media. Prosecutor Shafiq Qureshi confirmed the ... END_OF_DOCUMENT_TOKEN_TO_BE_REPLACED 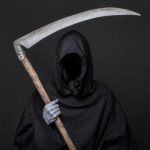 Before Will Smith got hold of it and turned it into total pants, I Am Legend was a remarkably disturbing novella from science fiction author Richard Matheson. In the book Matheson’s hero Robert Neville is the last man left alive after a zombie plague infects the rest of the human race. He spends years avoiding the undead and trying to ... END_OF_DOCUMENT_TOKEN_TO_BE_REPLACED

As the iPhone 7 launch event nears, leaks have started to pick up pace. The latest one all but confirms all the past noise regarding the death of the 16GB storage option, with 32GB storage variant becoming the base option. WSJ’s Joanna Stern, citing people familiar with the matter, reported on Tuesday that Apple will let go of 16GB as ... END_OF_DOCUMENT_TOKEN_TO_BE_REPLACED