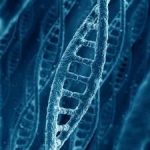 Our mental abilities have undergone a significant decline since the Victorian era, as genes driving intelligence have become less common since the 19th century, scientists say. Researchers, led by Michael Woodley from the Free University of Brussels in Belgium, used a bank of genomes recovered from the remains of 99 people from central and eastern Europe. The oldest of these died in about 2,000 BC while ... END_OF_DOCUMENT_TOKEN_TO_BE_REPLACED