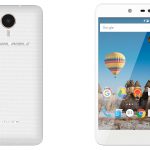 Last year in May, Google’s Android One initiative reached Turkey with the General Mobile 4G smartphone. Since then, the Turkish manufacturer General Mobile has launched the 5 Plus smartphone in the market as well, and now a new Android One smartphone has been added to the mix expanding its portfolio. Furthering Google’s efforts to bring stock Android and modern connectivity ... END_OF_DOCUMENT_TOKEN_TO_BE_REPLACED