HIGHLIGHTS Oculus Rift units stopped working due to an expired security certificate A patch has been released to fix the issue It needs to be manually installed if headset was started during blackout Oculus Rift virtual headsets that shut down worldwide for roughly a day have been given a fresh lease of life. Facebook-owned virtual reality company Oculus has released a patch that fixes ... END_OF_DOCUMENT_TOKEN_TO_BE_REPLACED 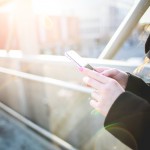 What does the future of iPhone look like? What kind of features and capabilities will Apple’s future flagship smartphone boast of? Will users still have to stare at their handset to get information? An analyst believes that there won’t be any iPhone in the next fifteen years. And everything will be replaced by augmented reality or virtual reality headsets. Piper ... END_OF_DOCUMENT_TOKEN_TO_BE_REPLACED