The recent hike in cess on select class of vehicles has not gone down well with manufacturers with Honda hinting that such a move will make India an unattractive market in the long run. The government hiking tax on large cars is an incentive for small car sales. This is making global companies like Honda defocus on India even as ... END_OF_DOCUMENT_TOKEN_TO_BE_REPLACED 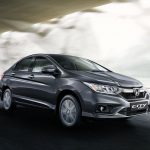 The 2017 Honda City facelift has received over 25,000 orders since it was launched in India in February 2017. The fourth-generation of the Honda City car, among the company’s most popular models in India, had in fact bagged more than 14,000 bookings within one month of its launch here. Yoichiro Ueno, President and CEO, Honda Cars India had said in ... END_OF_DOCUMENT_TOKEN_TO_BE_REPLACED 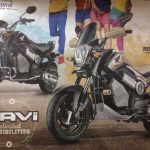 Honda announced just today, which is the beginning of the new year, that it will be introducing two editions of the Navi soon – the Chrome and Adventure Edition. It was at the beginning of 2016 that Honda wished us a ‘Happy Navi Year’ and it was the beginning of what was to become the most loved bike in India. ... END_OF_DOCUMENT_TOKEN_TO_BE_REPLACED 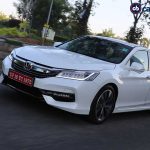 There are always a few car models that define an automotive company. The Accord for Honda is exactly one of those and we did get three generations of the car from 2000-2013 till Honda India pulled the plug due to slow sales. But now it is back in and all new avatar and whats more important than the sharp looks ... END_OF_DOCUMENT_TOKEN_TO_BE_REPLACED 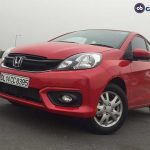 Honda Cars India has announced a price hike of up to 3 per cent for all its models effective from January 2017. Apart from year end offers and schemes, December is also the month when carmakers announce price revisions for next year. And Honda Cars is the latest addition to that list. In fact, Honda is the seventh carmaker in ... END_OF_DOCUMENT_TOKEN_TO_BE_REPLACED 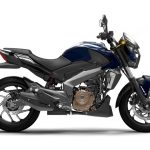 We have been waiting for the Bajaj Dominar 400 for a long time now, and the Pune based two wheeler giant certainly made sure that the wait was totally worth it. Not only does the bike excel in design, equipment and performance figures, it also has been made available at a stellar asking price. Well, Bajaj says it plans to ... END_OF_DOCUMENT_TOKEN_TO_BE_REPLACED 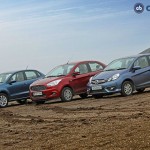 The sub-four metre sedan segment is probably the quickest developing one currently, in India, and this is because of two reasons – taxation rules and purchaser hobby. And why is this so? nicely because this segment has cars, which offer the center ground between a hatchback and a complete-fledged sedan and this is why almost each car manufacturer is jumping ... END_OF_DOCUMENT_TOKEN_TO_BE_REPLACED 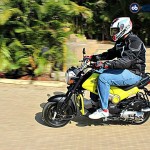 Our first ride review of the Honda Navi today will not include words – Large, handsome and masculine.Honda Motorcycle & Scooter India’s self-developed and by far its boldest ever creation, the Navi turned out to be the big surprise at the 2016 Auto Expo and after waiting patiently, we were finally asked to ride HMSI’s little moto-scooter at an amusement ... END_OF_DOCUMENT_TOKEN_TO_BE_REPLACED

Honda Dream Neo Gets New Colours and Graphics; Priced at 49,070 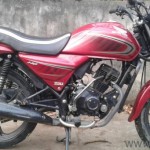 Honda Motorcycle & Scooter India (HMSI) has launched an upgraded 2016 version of its 110cc motorcycle, the Honda Dream Neo. First launched in 2013, the Honda Dream Neo facelift gets a few cosmetic upgrades, but the price has been kept the same at 49,070 (ex-showroom Delhi). The refreshed Dream Neo gets new graphics and three new colours – black with ... END_OF_DOCUMENT_TOKEN_TO_BE_REPLACED 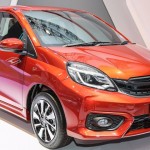 New Honda Brio RS Honda has revealed the Brio facelift in Indonesia, at the 2016 Indonesia International Motor Show. The Honda Brio facelift gets a new front end, and spruced up interiors, similar to the recently upgraded Amaze. The front gets a new bumper and redesigned grille, although the rear end remains the same, apart from new tail lamps. Wheels ... END_OF_DOCUMENT_TOKEN_TO_BE_REPLACED