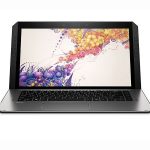 HIGHLIGHTS HP ZBook x2 priced at $1,749 It will be going on sale starting December HP ZBook x2 pitted against Microsoft’s Surface Pro and Surface Book HP has launched the ZBook x2 tablet, claiming it as the “world’s first detachable workstation.” The company is targeting designers with its all-new detachable tablet which supports digital pen. It has been priced at ... END_OF_DOCUMENT_TOKEN_TO_BE_REPLACED 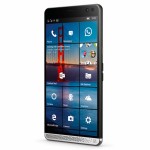 Ahead of the MWC 2016 trade show, HP unveiled the Elite x3, its flagship Windows 10 Mobile smartphone. The Elite x3, unlike the Lumia 650, supports Windows 10’s Continuum feature. The American company says it will be launching two docks, one will allow the Elite x3 to serve as a desktop, while the other would convert it into a laptop. ... END_OF_DOCUMENT_TOKEN_TO_BE_REPLACED