Young men and women are making their mark in the Indian social media sector. With every passing day, social media is becoming a career of choice for millions across the country. However, only those can sustain in this field who are hard working and passionate about it. One such charismatic young man is Sirsa-based Mandeep Singh. This 23-year-old influencer started ... END_OF_DOCUMENT_TOKEN_TO_BE_REPLACED 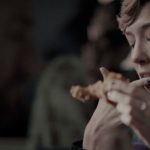 As the spread of COVID-19 continues, the way we live our daily lives has fundamentally changed. How often did you actively think about when or where you last touched your own face? Had you ever washed your hands for the full 20 seconds? When was the last time every grocery and corner store in your area was long sold out ... END_OF_DOCUMENT_TOKEN_TO_BE_REPLACED

Everything the consumer does today is simply a tap and a swipe away on their smartphones. There is an app for everything and they are an integral part of a consumer’s daily routine. It is no longer just an urban phenomenon, according to GroupM and MMA’s ‘Mobile Marketing Ecosystem Report 2020’ in both rural and urban India, 99% of users ... END_OF_DOCUMENT_TOKEN_TO_BE_REPLACED 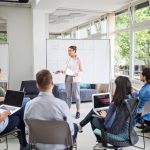 Pivoting from the world of software engineering to where I am now, running a digital marketing agency, was quite a transition. But after being in this industry for more than 12 years now, I still remember something a mentor told me that has affected how I approach business to this day. It was a story about how when they first ... END_OF_DOCUMENT_TOKEN_TO_BE_REPLACED

The 1923 book Scientific Advertising by Claude Hopkins spawned the modern world of direct marketing. It’s lauded by many legendary marketers and copywriters of the 20th century, including agency king David Ogilvy and legendary copywriter Gary Halbert, and its message has only become more relevant in the digital age. While controversy still brews over whether our attention spans have actually shortened, the opportunities to ... END_OF_DOCUMENT_TOKEN_TO_BE_REPLACED

There are no official demographics for the LGBTQ+ (lesbian, gay, bisexual, transgender and queer) population in India, but government data from 2012 suggests that around 2.5 million people in India are homosexual. These figures are only based on individuals who have spoken up about belonging to the community to the Ministry of Health. Ankita Mehra Despite the 2018 landmark judgement of the ... END_OF_DOCUMENT_TOKEN_TO_BE_REPLACED

Facebook’s effort to label state-backed media has hit some snags. The social network was due to start labeling outlets in November, but CNN Business found that the company clearly missed the target, and didn’t have a specific answer as to when the transparency move might be ready. A spokesperson would only say that Facebook will “begin [labelling] soon,” and that there would be a gradual ... END_OF_DOCUMENT_TOKEN_TO_BE_REPLACED

San Francisco has the highest salaries in the world, thanks to big tech companies like Salesforce, Facebook, and Google. But those outside the tech sector are struggling. Many people have been forced to move far outside of city limits, enduring one-way 90-minute commutes as a result. In an effort to fix this problem, Facebook announced yesterday that it would give $1 billion to help ... END_OF_DOCUMENT_TOKEN_TO_BE_REPLACED

Cameras flashed as Mandy Moore met up with three of her TV children from “This Is Us” — Parker Bates, Niles Fitch and Mackenzie Hancsicsak — after making her way into Sunset Tower Hotel in West Hollywood for Entertainment Weekly’s pre-Emmys soiree. Not only is Moore one of the show’s seven actors nominated for Emmys — in her case, as lead actress ... END_OF_DOCUMENT_TOKEN_TO_BE_REPLACED

It’s official. About eight years after it’s debut, Google has officially pulled the plug on its social network, Google+. We’ve known for quite some time that today would mark the end of Google+, and mid-day on April 2nd, the company pulled the plug on the network’s consumer version. If you head over to plus.google.com right now, you’ll no longer be greeted with ... END_OF_DOCUMENT_TOKEN_TO_BE_REPLACED