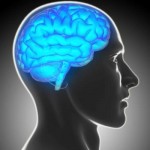 Cells from the skin of several healthy adults were used to create the mini-brains. (Representational Image) Washington:  Scientists, including one of Indian origin, have developed tiny 3D ‘mini-brains’ that mimic some of the human brain’s structures and functionality and can be used to study diseases such as Alzheimer’s and autism. The creation of these ‘mini-brains’ could dramatically change how new ... END_OF_DOCUMENT_TOKEN_TO_BE_REPLACED