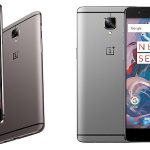 OnePlus 3 received tremendous response across markets and was one of the few smartphones that really impressed when we reviewed it. Unfortunately, the smartphone seems to have at least one fault that’s now being raised by several users on various forums – touch latency. As per users on XDA Developers, Reddit, as well as the company’s own OnePlus forum, the ... END_OF_DOCUMENT_TOKEN_TO_BE_REPLACED