7th pay commission: Central government has taken a big decision for recruitment to posts reserved for Divyangs (Persons with Disabilities, PwD). The government has waived off the application and examination fees for entrance examinations for candidates applying under PwD quota. Union Public Service Commission (UPSC) and Staff Selection Commission (SSC) conducts the exams to fill vacancies in the central government. ... END_OF_DOCUMENT_TOKEN_TO_BE_REPLACED

BENGALURU: Seventy one per cent of job-seekers would not apply for a post if there was no information about a companys employer reputation online, a survey by a job site – Indeed – has revealed. A vast majority (97 per cent) of job aspirants in the country deem it essential to have insight into an employer reputation when they are considering a new job ... END_OF_DOCUMENT_TOKEN_TO_BE_REPLACED 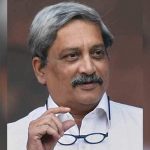 Goa Chief Minister Manohar Parrikar died on Sunday after a long illness. PANAJI:  The BJP-led alliance in Goa did not reach a consensus over the next chief minister in a late night meeting, a move necessitated by the death of Manohar Parrikar. Mr Parrikar, 63 died of a pancreatic ailment on Sunday at his private residence near Panaji. Union minister and senior ... END_OF_DOCUMENT_TOKEN_TO_BE_REPLACED 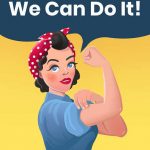 Shelley Lazarus, when she became chief executive of Ogilvy in 1997, said during an interview to The New York Times, “I don’t underestimate the fact that it made me very visible, that I added value (in the client meetings) because I had the right hormones going through my blood as the people we were selling to. I could say, ‘As ... END_OF_DOCUMENT_TOKEN_TO_BE_REPLACED 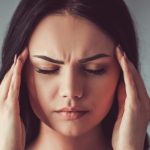 Do you suffer from dizzy spells or lose your balance? You may be suffering from vertigo. The usual causes of vertigo could be a tumour or high/low blood pressure, stress or diabetes. But recently, scientists have identified a new type of vertigo with no known cause, that may respond to treatments. “These conditions can be difficult to diagnose and quite ... END_OF_DOCUMENT_TOKEN_TO_BE_REPLACED 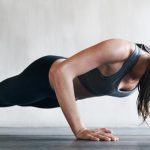 Working out in a gym will do you no good if you are not smart about your fitness routine. Turns out, working out late can have an adverse effect on your health since it could disrupt your sleep cycle and impact your lifestyle. Contrary to popular belief that late-night workout can tire your body and help you sleep like a ... END_OF_DOCUMENT_TOKEN_TO_BE_REPLACED 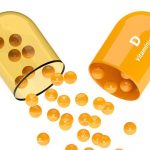 Supplements containing calcium, vitamin D or both may not protect older adults against hip fracture and other bone breaks, a study claims. Practice guidelines recommend calcium and vitamin D supplements for older people to prevent fractures in those with osteoporosis, according to the study published in the Journal of the American Medical Association (JAMA). Previous studies have come to mixed ... END_OF_DOCUMENT_TOKEN_TO_BE_REPLACED 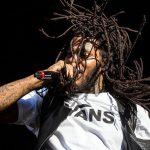 Timberland hosts rap gigs. Princess Nokia makes films for Maybelline. And Red Bull is the new school of rock. Have brand partnerships destroyed counterculture? Or are they all that’s keeping it alive? Is it possible, in 2017, to sell out? Not so long ago, cosying up to big business was considered the gravest sin an underground artist could commit – ... END_OF_DOCUMENT_TOKEN_TO_BE_REPLACED 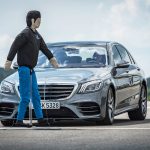 “WE HAVE NOW self-driving cars.” So declared no less an authority than the United States’ chief of transportation, Secretary Elaine Chao, in a May interview with Fox Business. “They can drive on the highway, follow the white lines on the highway, and there’s really no need for any person to be seated and controlling any of the instruments.” This is wrong. Today, you can ... END_OF_DOCUMENT_TOKEN_TO_BE_REPLACED 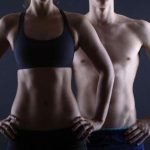 There’s nothing worse than getting majorly bored with your workout. In fact, research from the University of Florida shows that those who spice up their sweat sessions frequently stick to their routines better than those who never add any variety. And when it comes to crunches, well, it’s very easy to get bored. Time to switch things up! These core moves are ... END_OF_DOCUMENT_TOKEN_TO_BE_REPLACED

Share !
Page 1 of 612345 » ...Last »
to in With for and of on India Launched The at Samsung Launch A iPhone Android Galaxy Apple More Rs New Be 7 Price Google