February 3, 2017 Comments Off on Samsung Galaxy S8 One-Minute Video Teaser Tipped to Be Shown at MWC 2017 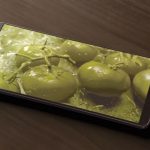 Samsung has confirmed its presence at MWC 2017, but isn’t following its traditional pattern of launching the ‘Galaxy’ flagship. Instead, the company is expected to launch the recently leaked Galaxy Tab S3 tablet on February 26 in Barcelona, and unveil the Galaxy S8 flagship at an Unpacked event on March 29. However, a fresh report states that the company will ... END_OF_DOCUMENT_TOKEN_TO_BE_REPLACED