Facebook-owned messaging service WhatsApp is reportedly working with Microsoft to deliver a proper desktop app. WhatsApp is one of the few developers that consistently delivered updates to its Windows Phone app, but a report by Windows Central suggests WhatsApp is actually getting ready to deliver a proper desktop app as well, The Next Web reported on Friday. Concept art for a Universal Windows Platform (UWP) version of WhatsApp showed up on Behance ... END_OF_DOCUMENT_TOKEN_TO_BE_REPLACED 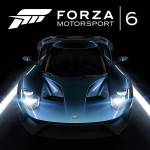 Last week we reported that two Xbox One exclusives, Gears of War 4 and Scalebound, would be coming to Windows 10 PCs. Now, other Microsoft exclusives such as Forza 6 and the yet to be announced Forza Horizon 3 have been rumoured for Windows 10 PC as well. The news comes via Windows Central which cites Chinese site WPDang as ... END_OF_DOCUMENT_TOKEN_TO_BE_REPLACED