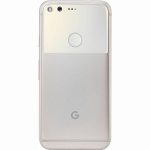 Google seems to have finally fixed one of the issues that have been plaguing the audio output of the Pixel and Pixel XL smartphones. Several Reddit users are pointing that the latest February Android security update seems to fix the audio distortion issue. The audio distortion issue was first reported last year and caused the Google Pixel as well as ... END_OF_DOCUMENT_TOKEN_TO_BE_REPLACED 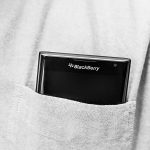 Canadian smartphone maker BlackBerry recently confirmed a pre-MWC 2017 event on February 25 where it is expected to unveil the Mercury smartphone. Now, a tipster claims that the company may be gearing up to unveil another mid-range smartphone dubbed BBC100-1. Additionally, BlackBerry Mercury is rumoured to pack the same camera sensor first seen on the Pixel devices. According to a ... END_OF_DOCUMENT_TOKEN_TO_BE_REPLACED