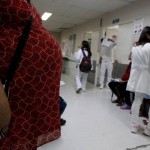 The Philippines, sole reported case of Zika was in 2012 and involved a teenage boy in Cebu island in central Philippines. (Reuters File Photo) MANILA:  A minister in the Philippines has urged women to delay pregnancy until more is known about the mosquito-borne Zika virus raging in Latin America, even though the Asian country’s only reported case of zika was ... END_OF_DOCUMENT_TOKEN_TO_BE_REPLACED