Omar Abdullah and Mehbooba Mufti (L-R) Aday after wide criticism of “reasons” of ground of detention for “Public Safety Act” (PSA) slapped against two former Chief Ministers, the Jammu and Kashmir authorities have put out clarification on Public Safety Act (PSA) denying alleged “frivolous grounds” saying some part of the leaked document were for internal use. This comes after leaked ... END_OF_DOCUMENT_TOKEN_TO_BE_REPLACED

HIGHLIGHTS Twitter earned $61 million in the first three months of the year Company was helped by strong growth in advertising revenue First quarter revenues rose 21 percent from a year ago to $665 million Twitter reported its second consecutive quarterly profit Wednesday, boosting the outlook for the messaging platform after years in the red. The San Francisco-based social network earned ... END_OF_DOCUMENT_TOKEN_TO_BE_REPLACED

Google’s parent company Alphabet on Thursday reported profit in the recently-ended quarter leapt as money poured in from ads delivered to mobile devices and returns improved on “other bets.” Alphabet profit was up 32.4 percent to $6.7 billion (roughly Rs. 43,555 crores) on in the quarter on revenue that increased 24 percent to $27.8 billion (roughly Rs. 1,80,724 crores), up 24 percent from the ... END_OF_DOCUMENT_TOKEN_TO_BE_REPLACED

Small businesses are seeing overall job losses for the first time this year, but the news is not all bad. September 2017 ADP Small Business Report According to the September 2017 ADP Small Business Report small businesses lost 7,000 jobs overall last month. This is the first month this year that ADP (NASDAQ:ADP) is reporting job losses rather than large job gains at ... END_OF_DOCUMENT_TOKEN_TO_BE_REPLACED

HIGHLIGHTS Destiny 2 was launched on Wednesday Eververse lets you buy Bright Engrams for Silver Engrams can be decoded for items that may affect gameplay Destiny 2 was launched on Wednesday for the PS4 and Xbox One. The sequel to 2014’s original online-only sci-fi shooter game brings back some of the characters including Tess Everis and her Eververse Trading Company. ... END_OF_DOCUMENT_TOKEN_TO_BE_REPLACED

HIGHLIGHTS Microsoft said it made a profit of $6.5 billion About $7.4 billion of the revenue came from “intelligent cloud” offerings Cloud-based products like Office 365 rose in the quarter Microsoft on Thursday reported that its quarterly earnings was lifted on the back of its shift to focusing on computing services hosted in the Internet cloud. The US technology giant ... END_OF_DOCUMENT_TOKEN_TO_BE_REPLACED

iPhone 8 rumours are coming in every day, and today’s set of leaks shed light on the metal and glass combination build of the device, some sort of augmented reality (AR) integration, and the removal of the dedicated fingerprint sensor. The iPhone 8 should get rid of the fingerprint reader on the physical Home Button, and look to embed it ... END_OF_DOCUMENT_TOKEN_TO_BE_REPLACED

Samsung Foldable Smartphones to Be Showcased at MWC, Launched in Q4 2017: Reports

February 13, 2017 Comments Off on Samsung Foldable Smartphones to Be Showcased at MWC, Launched in Q4 2017: Reports 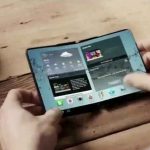 Samsung has been rumoured to be working on foldable display devices for long, and if a new report is to be believed then it may launch a commercial product by Q4 2017. The company is said to be finally prepared to reveal the foldable smartphones in a closed door event at the side-lines of MWC 2017 in Barcelona later this ... END_OF_DOCUMENT_TOKEN_TO_BE_REPLACED 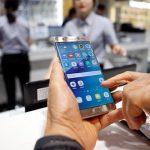 South Korea said on Monday it will strengthen lithium-ion battery safety requirements and conduct regular inspections to avoid repeats of fires which forced Samsung Electronics Co Ltd to withdraw its premium Galaxy Note 7 handset. Manufacturers of lithium-ion batteries, commonly used in portable devices, would be subjected to greater oversight and regular inspections, the Ministry of Trade, Industry and Energy ... END_OF_DOCUMENT_TOKEN_TO_BE_REPLACED