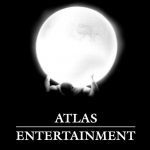 Atlas Entertainment has promoted Oscar-nominated producer Richard Suckle to the position of president. He will work with company founder and CEO Charles Roven to guide the direction of the film and TV company, mentor its creative executives and continue producing. Related Charles Roven: A Q&A With The PGA’s David O. Selznick Honoree Reveals When He Knew He Really… Suckle joined Atlas in 1992 as Roven’s ... END_OF_DOCUMENT_TOKEN_TO_BE_REPLACED