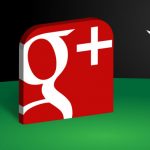 That’s it for Google+,  Google’s failed social network that once tried to take on Facebook and Twitter. As scheduled, the company has now started deleting user accounts and their data. Chances are you’re not going to feel all that sad about the end of Google+ since you probably haven’t used it for years. But if you’re feeling a bit nostalgic, here’s a ... END_OF_DOCUMENT_TOKEN_TO_BE_REPLACED

It’s official. About eight years after it’s debut, Google has officially pulled the plug on its social network, Google+. We’ve known for quite some time that today would mark the end of Google+, and mid-day on April 2nd, the company pulled the plug on the network’s consumer version. If you head over to plus.google.com right now, you’ll no longer be greeted with ... END_OF_DOCUMENT_TOKEN_TO_BE_REPLACED