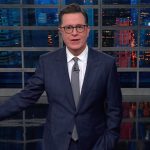 Despite an array of new video options, Madison Avenue is still placing big bets on one of its standbys. CBS expects the volume of advance advertising commitments placed against its next primetime schedule to rise 5% to 6%, according to a person familiar with the matter, and advance commitments placed against its late-night programming to increase 20% in the industry’s annual ... END_OF_DOCUMENT_TOKEN_TO_BE_REPLACED

May 12, 2018 Comments Off on Nvidia Sees Fewer Cryptocurrency Miners, More Gamers in Future 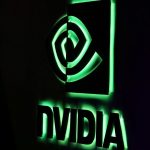 \ HIGHLIGHTS Supply shortage that hit core video game audience had eased: Nvidia Company has diversified into an array of businesses They include AI, self-driving cars, digital mining, and cloud computing Too many cryptocurrency clients and fewer cloud computing orders than expected underwhelmed Nvidia Corp investors on Thursday, although the graphics chip maker said a supply shortage that hit its core ... END_OF_DOCUMENT_TOKEN_TO_BE_REPLACED

HIGHLIGHTS While Huawei saw minor growth, shipments of Oppo and Vivo declined Xiaomi saw substantial growth of 37 percent year on year Q2 2018 expected to show growth for most OEMs Smartphone shipments in China have dropped by 21 percent in Q1 2018 compared to the same quarter in 2017, as per the latest data shared by market analyst firm Canalys. ... END_OF_DOCUMENT_TOKEN_TO_BE_REPLACED

Google parent Alphabet on Monday saw shares slide as the market reacted to a massive fine by the European Commission and word that success in mobile, cloud and YouTube is coming with higher costs. Alphabet reported a quarterly profit of $3.5 billion (roughly Rs. 22,532 crores), in a sharp decline from a year ago, with a $2.74 billion antitrust fine in Europe biting into earnings. The technology giant reported ... END_OF_DOCUMENT_TOKEN_TO_BE_REPLACED 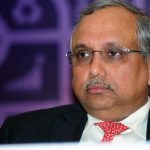 NEW DELHI, APRIL 9:   India Inc seems optimistic about the economy as the CII Business Confidence Index has seen a sharp rise after it remained subdued for the past few quarters. The CII Business Confidence Index has gone up to an all-time high of 64.1 during the fourth quarter of 2016-17 as against 56.5 recorded in the previous quarter. In ... END_OF_DOCUMENT_TOKEN_TO_BE_REPLACED 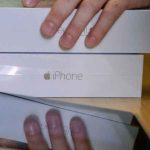 The new Xiaomi Redmi Note 4 smartphone, which went on sale on Monday, has seen tremendous response from the Indian market. Xiaomi in a press statement has announced that 250,000 units of the Redmi Note 4 were sold in 10 minutes in the smartphone’s first sale in the country. The company said that the Xiaomi Redmi Note 4 (Review) saw ... END_OF_DOCUMENT_TOKEN_TO_BE_REPLACED 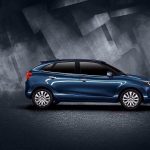 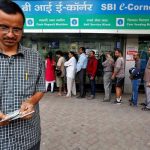 New Delhi: To tap opportunities arising out of limited cash supply following demonetisation, SBI Cards will soon launch credit cards aimed at the lower income group who have the capacity to pay but don’t have cards, besides quickening card delivery period to 2-3 days. “From the issuer side, what we can do is acquire more people and acquire faster. Another ... END_OF_DOCUMENT_TOKEN_TO_BE_REPLACED