MUMBAI: Japanese major Sony Corp, which owns Sony Pictures Networks India (SPN) is likely to create a new joint venture with Mukesh Ambani’s Reliance Industries-owned TV18 Broadcast, which will house all the entertainment assets of both the companies, two people with direct knowledge of the development told ET. Sony will own a majority 51% stake in the proposed JV, while TV18 will own ... END_OF_DOCUMENT_TOKEN_TO_BE_REPLACED

HIGHLIGHTS Sony India has dropped the price on a host of PS4-exclusive games These are permanent price cuts They will be marketed under the term ‘PlayStation Hits’ Several PS4-exclusive games from Sony have received a price drop in India. Multiple retailers speaking to Gadgets 360 have confirmed that the likes of Horizon Zero Dawn, God of War 3 Remastered, and others will ... END_OF_DOCUMENT_TOKEN_TO_BE_REPLACED

Not content with leaving Black Friday deals for digital games alone, Sony India has announced a host of discounts for the PS4 Slim, PS VR, Uncharted 4, and other games at specialist game stores like Games The Shop, Sony’s own Sony Centre stores, and online retailers like Amazon. At the time of filing this story these discounts have not gone live just yet, but this is what you ... END_OF_DOCUMENT_TOKEN_TO_BE_REPLACED 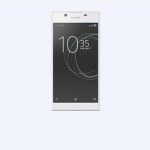 The Sony Mobile Xperia XA1 is the smallest of the recently released lineup of Xperia smartphones that includes the Xperia XZ Premium and the Xperia L1, yet it comes with some particularly powerful features, namely the 23MP rear camera. It boasts an Exmor RS for mobile sensor, resulting in brighter and more vivid images and professional quality smartphone pictures, while ... END_OF_DOCUMENT_TOKEN_TO_BE_REPLACED

Sony is a water and dust proof headphone. It will be available in stores from June 15, 2017 Sony India has launched the new WS623 Walkman headphone with Bluetooth Wireless Technology for Rs 8,990. It will be available from 15 June 2017 at all Sony Centres and electronic stores across India. Apart from the  Bluetooth Wireless Technology, its has an option of ... END_OF_DOCUMENT_TOKEN_TO_BE_REPLACED 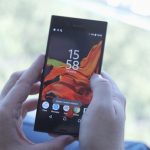 HIGHLIGHTS God of War is coming early 2018 Spider-Man scheduled for 2018 as well Uncharted: The Lost Legacy arrives August 22 Unlike Microsoft, Sony didn’t have a new console to show off at its E3 2017 event on Tuesday – that’s because the PS4 Pro has been out since November – but it did provide a good look at some ... END_OF_DOCUMENT_TOKEN_TO_BE_REPLACED 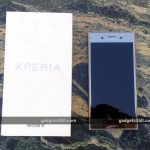 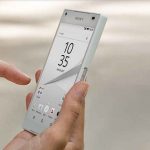