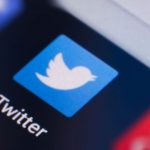 Twitter has banned Russian media companies Russia Today (RT) and Sputnik from advertising on its service after it found that both had “attempted to interfere with the [2016 U.S.] election on behalf of the Russian government” using the social network. “This decision was based on the retrospective work we’ve been doing around the 2016 U.S. election and the U.S. intelligence community’s conclusion ... END_OF_DOCUMENT_TOKEN_TO_BE_REPLACED