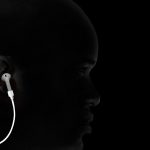 When Apple announced the iPhone 7 last week, it was for sure the highly anticipated Apple product that everybody had been waiting. But alongside, Apple also announced a new product that soon became the butt of quite a jokes – the AirPods. AirPods are the wireless earbuds that will ship later this October. For a price of $159 (to cost ... END_OF_DOCUMENT_TOKEN_TO_BE_REPLACED