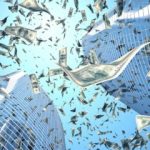 Bitcoin has gained global fame in the past year, but it’s been popular at Peter Thiel’s venture firm since at least 2012. Founders Fund, Thiel’s San Francisco-based firm known for early bets on SpaceX and Airbnb, has been purchasing small amounts of bitcoin in recent years, totaling no more than $20 million, to establish a “toehold” in the space, according to a person with ... END_OF_DOCUMENT_TOKEN_TO_BE_REPLACED