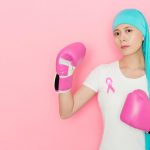 Ladies, when was the last time you got a mammogram or got yourself screened for breast cancer? A simple self-examination at home might lead to early detection, and in turn boost chances of recovery. We’re not exaggerating. “Breast cancer accounts for 25% of all female cancers diagnosed worldwide. It is the most common cause of cancer death among women, across ... END_OF_DOCUMENT_TOKEN_TO_BE_REPLACED

May 31, 2018 Comments Off on Parkinson’s treatment: A new self-tuning brain implant may help treat patients 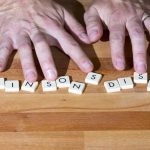 Scientists have developed a self-tuning brain implant that can help manage symptoms of Parkinson’s patients by delivering stimulation in real time, in response to neural signals. Deep brain stimulation has been used to treat Parkinson’s disease symptoms for 25 years, but limitations have led researchers to look for ways to improve the technique. The first fully implanted DBS system that ... END_OF_DOCUMENT_TOKEN_TO_BE_REPLACED

Tuberculosis treatment, disease tolerance is better than killing the pathogen

May 18, 2018 Comments Off on Tuberculosis treatment, disease tolerance is better than killing the pathogen 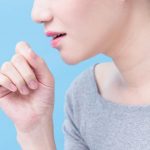 Turns out, tolerating an infection without eliminating a pathogen is far more beneficial than simply killing it. According to a research conducted by the McGill University Health Centre, some scientists have taken a lesson from plant biologists about an ancient strategy involving the ability to ‘tolerate’ rather than ‘resist’ infection to maintain health. The concept, referred to as “disease tolerance,” ... END_OF_DOCUMENT_TOKEN_TO_BE_REPLACED 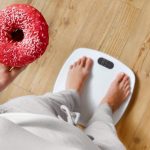 According to a research conducted by the George Washington University, despite high prevalence of obesity among US adults, provision of recommended treatments for obesity remains low. Providers cite lack of time, lack of reimbursement, and lack of knowledge as major barriers to treating patients with obesity. The study assessed health care professionals’ (HCPs) knowledge of evidence-based guidelines for non-surgical treatment ... END_OF_DOCUMENT_TOKEN_TO_BE_REPLACED

October 23, 2017 Comments Off on Watchdog threat to RBS over treatment of small business customers

The RBS logo hangs behind glass at the bank’s headquarters in London. Photograph: Andy Rain/EPA The Financial Conduct Authority is considering whether it can take action against Royal Bank of Scotland over the way it treated its small business customers in the five years after the 2008 banking crisis. Publishing a summary of a report it commissioned on the bank’s controversial global restructuring group ... END_OF_DOCUMENT_TOKEN_TO_BE_REPLACED

LG K-Series Smartphones Get the 2017 Treatment Ahead of CES

December 23, 2016 Comments Off on LG K-Series Smartphones Get the 2017 Treatment Ahead of CES 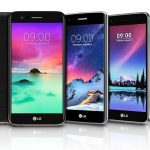 Ahead of the CES 2017 trade show in Las Vegas, LG has launched four new K-series smartphones, and the new Stylus 3. The South Korean company says that the new 2017 variants of the LG K3, K4, K8, K10 smartphones, and the Stylus 3 will strengthen its portfolio in the mid-range segment. All the new LG smartphones will be showcased ... END_OF_DOCUMENT_TOKEN_TO_BE_REPLACED 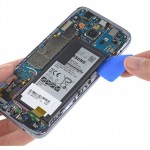 Samsung might not be able to please DIY (do-it-yourself) enthusiasts with its flagship Galaxy S7 smartphone. While the South Korean technology conglomerate’s handset has been receiving praises from many for its aesthetics and performance, when it comes to self-repairing the device, you’re mostly out of luck – reveals its first proper teardown. Gadgets repair website iFixit cracked open the Samsung ... END_OF_DOCUMENT_TOKEN_TO_BE_REPLACED 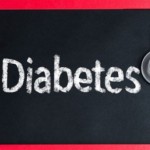 Diabetes is a disease where the body is not receiving a sufficient supply of insulin. (Representational Image) Tokyo:  The exocrine tissue of the pancreas which is responsible for digestion could make a promising target for stem cell-based diabetes treatment, a new study has found. Researchers from Kyoto University in Japan worked on mice with depleted Pdx1 gene, which in the ... END_OF_DOCUMENT_TOKEN_TO_BE_REPLACED