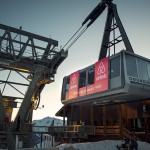 An international coalition of NGOs called Thursday on Airbnb to remove rental properties in Jewish settlements in the West Bank from its website. A demonstration was held in Paris, and others were planned at Airbnb’s offices in London, and in the US cities of San Francisco and Portland. In the French capital, a small group of activists from the French ... END_OF_DOCUMENT_TOKEN_TO_BE_REPLACED