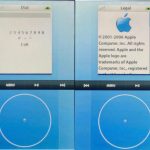 Until now little was known about the early prototypes of the first iPhone. Thanks to pictures published by Sonny Dickson, we now have a glimpse of one of the prototypes Apple discarded before its first iPhone went into production. It’s no surprise that Apple considered a bunch of designs before finalising the iPhone, but the interesting thing is that Apple ... END_OF_DOCUMENT_TOKEN_TO_BE_REPLACED