Young men and women are making their mark in the Indian social media sector. With every passing day, social media is becoming a career of choice for millions across the country. However, only those can sustain in this field who are hard working and passionate about it. One such charismatic young man is Sirsa-based Mandeep Singh. This 23-year-old influencer started ... END_OF_DOCUMENT_TOKEN_TO_BE_REPLACED

Twitter is planning to roll out threaded conversations like Facebook along with status indicators – showing who else is online among your followers – on its platform. In a tweet, Twitter CEO Jack Dorsey said on Friday that the microblogging platform will soon get interesting updates. “Playing with some new Twitter features: presence (who else is on Twitter right now?) and threading (easier to read ... END_OF_DOCUMENT_TOKEN_TO_BE_REPLACED 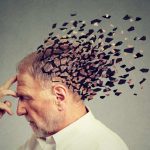 A new study has uncovered why some people that have brain markers of Alzheimer’s never develop classic dementia that others do. Alzheimer’s disease is the most common form of dementia. People suffering from Alzheimer’s develop a buildup of two proteins that impair communications between nerve cells in the brain – plaques made of amyloid beta proteins and neurofibrillary tangles made ... END_OF_DOCUMENT_TOKEN_TO_BE_REPLACED 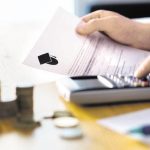 The advantage of an education loan is that if the parent doesn’t have money, the loan can be repaid after the child completes the course and gets a job. Photo: iStockphoto Education costs are spiralling. The fee for a masters or diploma in management from premier institutes can be about ₹ 25 lakh, while many private medical institutes charge about ... END_OF_DOCUMENT_TOKEN_TO_BE_REPLACED 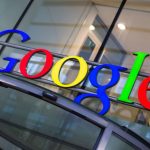 There is a heated debate taking place as to how Artificial Intelligence (AI) will impact the workforce. While these two sides battle it out, some of the giants in tech as well as other industries are gobbling up AI startups at a record pace. A new infographic by UK RS looks at which companies are making the largest investment in AI startups. ... END_OF_DOCUMENT_TOKEN_TO_BE_REPLACED 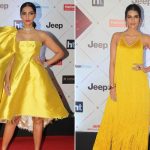 There’s only one winner wearing this sunshine yellow shade Who fared better – Sonam or Kriti? Remember when we predicted that yellow was the new black? Or rather, the new millennial pink? The dusty blush shade was spotted absolutely everywhere last year, from planners to makeup products? That’s what you can expect from yellow this year, we said just weeks ... END_OF_DOCUMENT_TOKEN_TO_BE_REPLACED 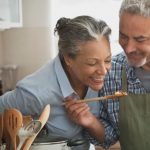 Just because a lot of folks abandon their New Year’s resolutions doesn’t mean you can’t get on track and make 2018 your healthiest year yet. We caught up with two people who have successfully managed diabetes for years – Grammy award-winning R&B star Patti LaBelle and David Marrero, PhD, director of the Diabetes Translational Research Centre at Indiana University School of Medicine – and asked them for ... END_OF_DOCUMENT_TOKEN_TO_BE_REPLACED 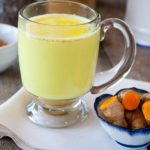 A report released by World Health Organisation (WHO) has stated some shocking facts. According to it, antibiotics that are currently in clinical development are insufficient to combat the growing threat of antimicrobial resistance. Most of the drugs currently in the clinical phase are modifications of existing classes of antibiotics and are only short-term solutions. There are, however, very few potential treatment ... END_OF_DOCUMENT_TOKEN_TO_BE_REPLACED 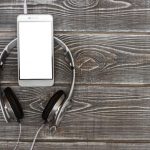 Shutterstock Despite music being everywhere online these days and available to anybody who wants to listen to their favorite tunes while still supporting the artists in one way or another, millions of people are still stealing music. It’s a sad fact, but who is actually committing these crimes and robbing musicians of the sales and royalties they deserve in today’s ... END_OF_DOCUMENT_TOKEN_TO_BE_REPLACED

AN Airbnb host who advertised a “Harry Potter-inspired” cupboard under the stairs for £10 a night is a convicted paedophile, it has been claimed. Thomas Watton, was jailed for five years in 2013 for crimes against eight boys aged between 12 and 15. Sun Online and others reported yesterday that a man, now understood to be former X Factor contestant Watton, ... END_OF_DOCUMENT_TOKEN_TO_BE_REPLACED