Taiwan’s MediaTek to Triple India Workforce to 1,500 Within 3 Years 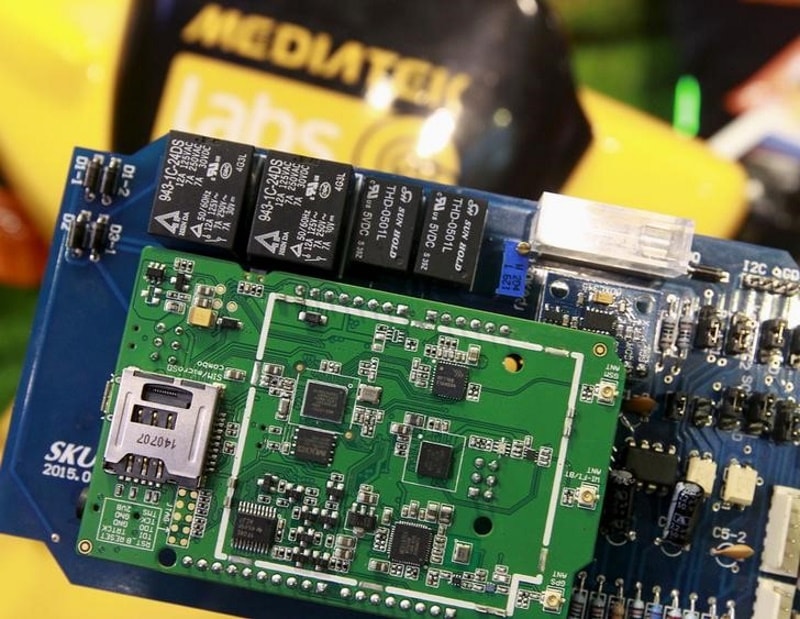 Leading Taiwanese chip designer MediaTek Inc, said on Thursday it will triple its workforce in India within three years to 1,500 from more than 500 as it expands research and software development as well as customer service operations.

The projection compared with MediaTek’s current staff of around 12,000 worldwide, and came as chairman M.K. Tsai said the company will host 50 Indian engineers before the end of the year in Taiwan as part of a collaborative government training program on smartphone design.

“MediaTek is committed to Make in India,” Tsai said at a seminar discussing opportunities between Taiwan and India in the technology sector, referring to the Indian government’s push to attract foreign investment. He estimated MediaTek’s market share in Indian-brand smartphones grew to around 70 percent by 2014 from 35 percent in 2007.

Taiwanese tech firms have identified India as the next major market outside of China that is capable of boosting business in an increasingly saturated smartphone market.

Taiwan’s Foxconn signed a pact last year with India’s Maharashtra state to invest $5 billion over five years in a new electronics manufacturing facility as part of a broad plan to set up 10 to 12 facilities, both manufacturing and data centres, by 2020.

MediaTek’s latest announcement comes after the firm invested $60 million in late August in India’s One97 Communications, which operates under the trade name PayTM, to aid expansion at the payment services and e-commerce firm.

Tsai said MediaTek’s investment in India totals $350 million to date, after setting up a subsidiary in Noida city in 2004 and expanding its operation with a research and development centre in Bengaluru in 2014.

[“source-ndtv”]
1500 3 India MediaTek Taiwan's to Triple within Workforce Years: 2016-10-10
srijita
to in With for and of on India The Launched at Samsung Launch A iPhone Android Galaxy More Apple Rs New Be 7 Price Google