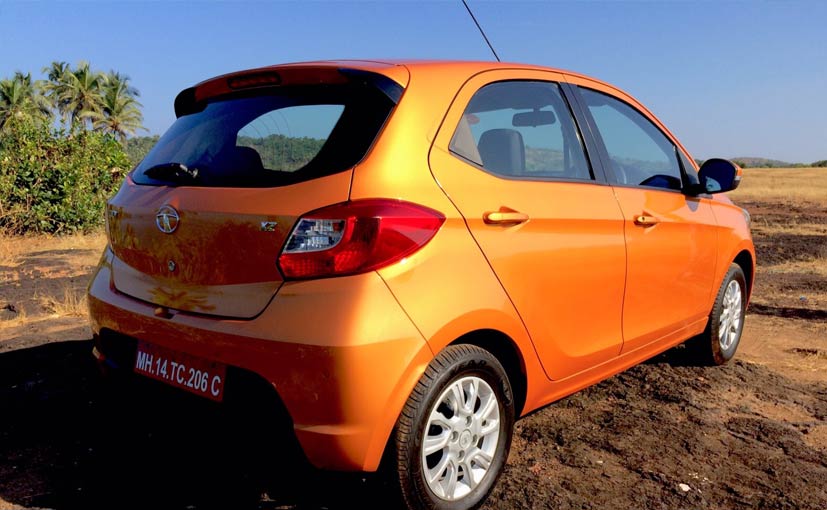 The Tata Tiago will launch in India on April 6, 2016. It’s taken some time for the company to bring the car to India but finally the wait is over. The Indian carmaker has taken the challenge of upping its game in terms of design and quality and the Tiago will add to the company’s list of new and improved offerings. We first drove the Tiago in December last year and it’s taken the company a while to launch it and it looks like they’ve done their home work.

The selection of the name for the car took some time and from a shortlist of 3 options – Adore, Civet or Tiago, it was the ‘Tiago’ that won the race. Of the current line-up, the Zest compact sedan and Bolt hatchback are 2 of the company’s all-new offerings with 4 more set to follow in 2016.

With the Tiago, Tata will enter a hotly competitive market, which it’s never done before. The segment itself has been dominated by small-car specialist Maruti Suzuki with its hot selling Celerio hatchback, Hyundai with the Grand i10 and even Chevrolet with the Beat.
The stylish and contemporary hatchback will sit between the Nano and Bolt in Tata’s portfolio, which is a position that Tata wanted to see itself in for a long time. It will come with the choice of 2 engine options including a petrol and diesel. The 3-cylinder 1.2-litre Revotron petrol unit borrowed from the Bolt and Zest makes around 84bhp and 114Nm of torque whereas the 3-pot 1.05-diesel unit is good for 67bhp and 139Nm of torque. The engines will come paired with a standard 5-speed manual gearbox although an AMT option is likely to arrive as well.

The Tiago also comes with a load full of features and the XZ variant comes loaded to the brim with them. The car has a host of connectivity features and that includes a juke app – which allows you to pair one main phone and multiple others through it – to stream shared music from all of them. There are steering mounted controls and reverse parking sensors on the high end variant XZ. There is also navigation on offer which is actually an app based solution and this is how Tata has made technology not just affordable but also available.

Both the Tiago and the Tiago-based subcompact sedan (codename: Kite 5) were showcased at the recently concluded Auto Expo 2016. The Kite 5 will likely arrive later this year and will share powertrain options, interiors and several exterior styling elements with the Tata Tiago. Besides these 2 cars, the Indian manufacturer will also launch the Tata Nexon subcompact SUV and Tata Hexa SUV crossover in 2016. Expect the Tiago to arrive at an aggressive price point starting at around 3.5 lakh. The Tata Tiago will go up against the likes of the Maruti Suzuki Celerio, Hyundai i10 and Ford Figo.