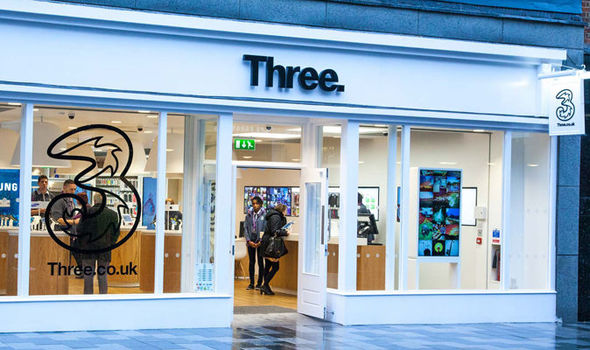 Three Mobile customers are experiencing an afternoon of misery as the popular network appears to be down.

Users across the UK are complaining that they can’t make calls or send texts via the service.

It seems Three hit troubles at around 12pm today with the issues continuing to affect customers.

Service monitoring website, Down Detector, is showing thousands of reports with users up and down the country hit by the problem.

Many Three users have taken to Twitter to complain about the outage with one angry customer saying: “What’s going on with three network ?! Can’t receive or make calls/texts and been down for nearly 2 hours ! Ridiculous !”

Another user added: “What has happened I can ring landlines,0800 numbers but not mobiles…I have also had a text from a random person when I replied to her I got a reply back on another number.”

Service monitoring website, Down Detector is showing thousands of issues across the U

It appears that areas around London, the South East and Manchester are seeing the biggest problems although other parts of the UK are also down.

There’s currently no word from Three when the issues will be fixed although the company’s Twitter support page has confirmed the outage.

In a tweet, Three Support said: “We’re aware of an issue affecting calls for customers. We’re doing our best to get this fixed as soon as we can.”

This outage comes days after the news that Three is putting up its prices.

The UK network began messaging customers earlier this week the news that costs were increasing in 2017.

One text received by a Three cutsomer read: “Hi, you may remember that we review your price each year in line with RPI. In May your price will increase by 2.6%.